Do you prefer Sally Field or Elizabeth Olsen Foods? 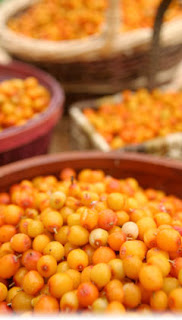 I have mixed feelings about food fashions. Some trends can get out of hand. For example, there is kale which I suggested was getting Kardashian like. Though the trendiness annoys me, I still like kale. As for Kim and Kourtney…still don’t quite understand. Other foods are more Elizabeth Olsen-ish. They are intriging and appealing but you may or may not have heard of them. With any new foods there’s a vetting process we go through to find out if it’s not only new but worthy.
Irish Moss
Irish moss is a seaweed that’s high in protein, iodine and some B vitamins
It’s commonly used as a thickener; you soak it and then blend it. It works well in smoothies and many vegan desserts such as mousses and custards. Unfortunately some reports lead us to believe it’s potentially a health hazard and can increase the risk of certain cancers. This is a good reminder that just because something is natural doesn’t mean safe. I wouldn’t “cast” this one.
Sea Buckthorn
(see photo above)
I first started thinking about sea buckthorn a couple of winters ago. Sea buckthorn oil is used in many lotions and topical preparations and is one of my go-to weapons for dry, flaky “winter skin”. Sure enough, I wasn’t the only one comtemplating buckthorn and now I’m hearing about it more and more. Sea-buckhorn’s Latin name means “making horses shine” and this interesting omega-7 oil, rich in beta carotene and vitamin C, is helpful for many skin conditions. Sea buckthorn is a shrub with a brightly colored berry; it has a tart flavor. A company called Sibu makes a sea buckhorn juice product; my only hesitation is that due to the flavor it is paired with apple juice concentrate. Dr Weil’s restaurants True Food use sea buckthorn juice in a number of dishes including a sorbet. We’ve seen sea buckthorn jelly and teas. I look forward to more options and edible forms, my concern is that since the taste is sour and acidic many preparations like the Sibu will be sweeter. This is a food I’d put into the “one to watch” category.  For now, lotions such as Weleda’s Sea Buckthorn Lotion and buckhorn oil used topically are good options. 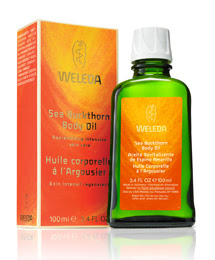 Yacon is a root vegetable but not just any root vegetable. It has prebiotic properties meaning it helps intestinal flora as probiotics feed on prebiotics. Jerusalem artichokes are also prebiotics. Yacon is one of the highest vegetable sources of FOS (fructooligosaccharides), which help GI health (less bloating and less constipation), immunity and potentially mood. Yacon also boats a sweet taste but doesn’t raise blood sugar levels. I use yacon in smoothies using a powdered form from Navitas Naturals that has been increasingly hard to find.  There is also yacon syrup, which can be used in baking, and yacon slices which makes a nice snack.  Yacon, with interesting attributes, is definitely worth checking out. Yacon aced its audition.

So whether it’s foods or film, there’s nothing wrong with reliable standbys. Sally Field or Sally Field foods broccoli, cauliflower etc. aren’t going anywhere and are great options. However, whether for variety or for specific health benefits it’s fun to branch out, you just might not like what you find every time.
Do you like experimenting with new ingredients? Which ones are you enjoying lately? Would you say you like Sally Field or Elizabeth Olsen foods?