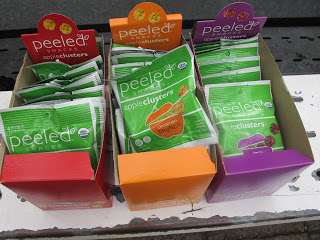 There is a lot of discussion about the quality of food children are served at school and at home but as the mother of two young, athletic boys I feel there’s an overlooked area of children’s eating and that’s sports-related snacks. It doesn’t matter if a game finishes at 9:30 or lunchtime you can bet donuts are lurking. Rather than call out the donut folks, I’ll focus on healthy, tasty, fun alternatives. 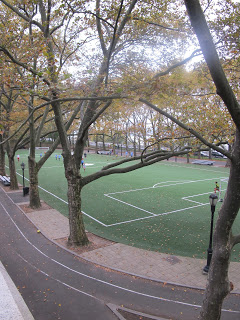 I was thrilled when Peeled, aware of my game-day frustration, provided their new Apple Clusters for one of my son’s soccer games. Yet, as we walked to the field with our Peeled bag filled with all three cluster flavors, I started to get nervous. My son was excited to share these treats with his teammates but I knew it was a risk. A food departure is a toss up. While I am fine with the title, I didn’t want my soccer player to be the healthy food pariah. I watched the game distracted by my “cluster” concerns.
With a few minutes left, I set the pretty Peeled boxes on the bottom row of the bleachers. Cinnamon was flanked by Berry and Apple. Soon the game was finished and the team stormed the bench. “What’s for snack?” I announced the flavor options; they made their selections and ripped open the packages. I have serious regrets that tape wasn’t rolling. It was like a 2012 Wheaties commercial. The kids loved them, the parents asked where they could buy them and said things like “it’s about time someone brings a healthy snack”. Kids grabbed extras yo take home. As a nutritionist, it doesn’t get any better than that. 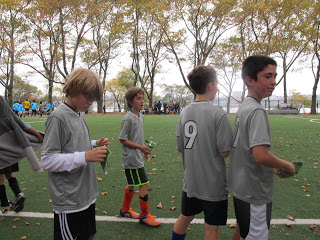 The bite-size round clusters are organic, gluten free, dairy free, naturally vegan and non-GMO. The size we handed out is single serving and 75 calories each package has three grams of fiber. They are reminiscent of granola but grain free. We first fell in love with the apple flavor but were won over by berry (I hope Peeled isn’t offended by the comparison but healthy Crunchberry?). 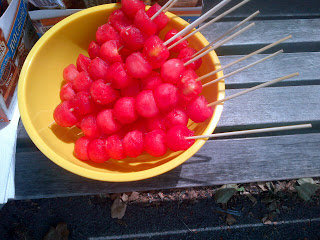 I’m a fan of orange wedges, organic grapes and watermelon as “fun” fruit snacks and love the original Peeled dried fruit snack packs. There are a few other companies I feel do a great job:

Just so you don’t think I’m a snack grinch, my kids have a snack they love that’s not Foodtrainers-friendly. Near the soccer field there’s a man who sells empanadas. His wife makes them and my boys adore them. I was very happy to see “Mr Empanada” back after Sandy. 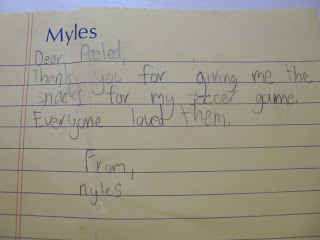 What do you think are great sports snacks for kids? Why do you think donuts dominate? Have you tried Peeled snacks or the clusters?
I love hearing about people making healthy inroads. Tweet us @Foodtrainers with the hashtag #nondonutsnack with photos or descriptions of healthy sports snacks or even meeting fare.