Food Preferences: Why I Love Beets and Hate Broccoli Rabe 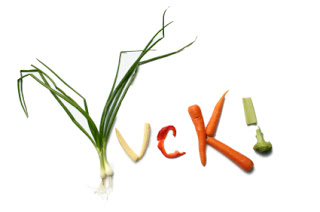 On our Foodtrainers Questionnaire we ask new clients “what are your favorite foods (healthy or unhealthy)?” and “what foods do you dislike or prefer not to eat?” Blue cheese, beets, Brussels sprouts, spicy food, cilantro and tomatoes are often listed.  The funny thing is that they are listed as both favorite and least favorite foods.  So, did you ever think about what determines whether we adore or despise a particular food? There are a few theories.
Some feel our food preferences are an evolutionary survival skill. “The senses of smell and taste evolved to evoke strong emotions because they were critical to finding food and mates and avoiding poisons and predators.” A study in the American Journal of Clinical Nutrition gave an example that the preference for spicy foods in certain cultures was based on the protective effect of spices against microbes and food borne illness. What’s sad is that our food instincts or preferences do not seem to be keeping us safe anymore. Instead of detecting artificial or extreme tastes we are now conditioned to enjoy them. I mean, do you get more “poisonous” than diet soda?
There is also interesting research focusing on the diets of pregnant women. The theory is that we are conditioned to like what our mothers ate while pregnant or breastfeeding (brandy anyone?). One study found that the infants of mothers drinking carrot juice during their pregnancies were more accepting of rice cereal with carrot juice in it than those in a control group. We know nutrients pass through the placenta so it makes sense that tastes would too. Yet how do we explain twins or siblings with very different food likes and dislikes?
A Washington Post piece entitled “Our Taste Buds are Just One Reason We Love Some Foods and Hate Others” explained the nature versus nurture side of taste. “Culture often overrides our genes and takes over the mouth’s role as the body’s gatekeeper. Few people immediately like bitter beverages or extreme spices, but many learn to love them through repeated exposure. We often learn to like what people around us like.”  You see this often with children. They initially may reject a food only to eat it the eighth or tenth time around.  And you see tastes changing with time. I grew up disliking salty foods or certainly not seeking them out. Now? I can’t get enough. Does it have something to do with being married to a saltaholic? It might although he doesn’t like mushrooms just because I do, hmn.
So much of nutrition has to do with what foods are good for us or praiseworthy for their vitamin content. Taste can get lost in the shuffle. At a seminar entitled “Field to Plate” on Tuesday, I learned about an interesting way to think about taste and flavor. Our host, Amanda Archibald presented vegetables in flavor profiles and flights, much like wine. Romaine, green beans, asparagus and celery were in the “Grassy” group. Mustard greens, arugula and watercress were all in the “Spicy” family.  You may be able to guess some of the “Sweet” vegetables that include snap peas, parsnips and my beloved beets. Do you tend to like one of these groups more than the others? Or perhaps you eat some of these vegetables and can branch out to another member of that group. If that’s not up your alley you can return to the prenatal argument and blame your mother for the foods you dislike.
How do you think our tastes are formed? What vegetable family do you like best? And where do you stand on blue cheese, beets and Brussels sprouts?