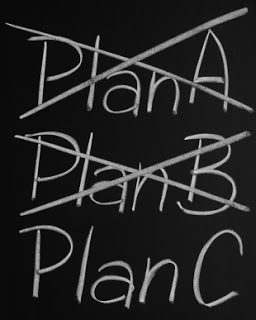 So, I ran a marathon on Saturday. Compared to Chicago last year, there’s been very little mentioned here about this race and that was a conscious decision. I figured I would check in after the race, tell you all about my fun day and move on to other topics. We chose the Hamptons Marathon. It’s a small, local race that Runners World gave good reviews. I don’t like marathon training hanging over my head too far into the fall, so late September seemed perfect. Let’s just say my plan didn’t work that well and Saturday- well it was rough.
My training leading up to the race was pretty strong. I was running faster than I had in recent years and diligently tracking all my runs from my Garmin GPS watch in Training Peaks.  I ran a couple of half marathons this summer; one was strong, one more conservative (it was a very hot day). And though I was sidelined with bronchitis a couple weeks ago still felt ready to go. I started eyeing the forecast about a week ago and felt relieved that there didn’t seem to be a heat wave coming. Of course as we got closer rain seemed a good possibility but I was ok with that. What had started out as five people we knew running the race had dwindled to three. Friday, late in the day, my friend emailed she was out, a hurt knee and the weather didn’t help.
So it was just Marc and me. The boys would be staying with friends (very, very nice friends) and we drove out East Friday night. We had our usual pre-race sushi dinner and prepared for the next day. We pinned our numbers to our shirts, packed our shorts with Clif Shots and printed our pacing wristbands. I set the coffee maker for the next morning and of course brought our Le Pain Quotidian coffee from home. I am a big believer in race rituals and am a planner by nature; this too would work against me.

We woke up at 5AM Saturday, my father in law said “I think you got lucky, it’s not raining.” I had my E3 Live, followed by coffee and Purely Elizabeth Granola with fruit. I put some Vega Performance optimizer in a bottle to have in the hour before the race. We drove to the start, found parking close by and felt that nice race day buzz.

We had plenty of time and a full row of empty and clean Porto potties. I decided to take advantage of this and laughed when a Lululemon bag with the words “Breathe Deeply” had been discarded on the floor of the Porto potty, I decided not to comply. 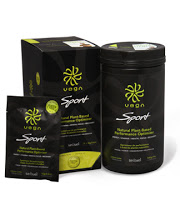 We lined up at the starting area. Instead of a motivating welcome speech the man counting down said these ominous words “this is not a flat course, it’s very hilly out there” and then we were off. We were running alongside half marathoners and some doing a 5K so it was important not to get caught up and go out too fast. After a bunch of marathons, I knew slow was better than fast and continued to consult my watch and pace accordingly. I distracted myself looking at the runners around me. There was the woman in teal who moved her arms as though she were swimming freestyle. There was also the shirtless man with a hairy back and Vibrams. I briefly wondered where he placed his running number without a shirt.  I also noticed it was very, very humid. It felt like you were running through glue and I just didn’t feel energetic.
We were on pace through 5 miles and at about mile 6 my hypersensitive Garmin watch, probably malfunctioning from the humidity/mist, stopped. Part of me freaked while the trying-to -be-sane part of me realized I’d have the race clocks and with my pacing band could gauge my speed. The only thing was at 6 miles the full marathon split from the half marathon course and so it seemed did all of the race’s efforts. The next clock would be mile 13 (it said 2:70, 2 hours 70 minutes? It was broken).
Trying to regroup, I tried to use the fluid stations as markers but there were times when these were 2 miles or more apart. Some had Gatorade, some didn’t, and some didn’t even have people manning them. Marathons are very mental and looking back for someone so routinized (ok anal) all of the changes didn’t go over well. By mile 15, I was wiped out. I felt how I did last year in the final miles of Chicago. I had never experienced this so early in the race. There were really no spectators and with the hills I was warned about looming for as far as I could see, I made the decision to drop out. I reasoned that it wasn’t my day and that was fine. I planned to find a police car at the next water station and pack it in. Even my dropout plan backfired when at the next water stop there were no police cars or anyone to drop out with. I had one Clif shot left in my pocket and figured I may as well see if some “triple espresso” would do the trick. I looked ahead of me and it didn’t help that everyone was walking. I elected to continue and figured worst case I’d have a 10-mile walk. Instead, I used my music and told myself I couldn’t stop until a song was over. As I ran for the duration of my son’s favorite song (Paycheck), I passed hairy back. As miserable as I was, I laughed a little
Soon I was at mile 20, I was scared to look at the clock. With my walking breaks and fatigue, I thought for sure it would be beyond horrible. It said 3:18, I was flummoxed.  I was only a few minutes slow. In a typical race, I’d dig down deep and finish strong only I was so exhausted that wasn’t going to happen. There was no euphoria, there was no strategy remaining except to finish. At the 26-mile mark I summoned the last remaining energy and ran it in. Marc was there. Though it was humid and he didn’t feel he could push it like he wanted to, the lack of clocks or water didn’t affect him. He didn’t really have a race plan and it worked out well. As for me, while disappointing this crappy race was also informative and will in no way diminish my planning tendencies. In fact, one day later I realize how lucky I was to have participated and will use what I learned in planning future races.
Are you someone who plans or wings it?  What’s your next fitness goal or challenge?
Do you think being goal-oriented can have its disadvantages?