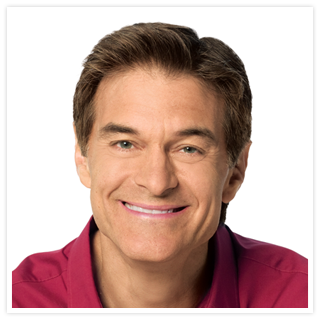 Earlier this week Dr Oz appeared before the Senate’s committee on consumer protection. Senator Claire McCaskill took Oz to task for some of the weight loss products he has suggested on his show. Almost immediately following this there was a wave of Dr Oz bashing. People on my Facebook feed were declaring they “loved this senator” who grilled Dr Oz even though they probably knew as much (or little) about her as the  green coffee bean extract Dr Oz was under fire for.
Does Dr Oz use words like “miracle” and “magic”? He does. He has a television show. I would venture to say he’s not running into the operating room speaking this way. I’ll never forget something from when I did my media training. I’m not a naturally hyper person but we did a take where I was about as animated as this Foodtrainer can get. I was smiling and enthusiastic (and as real as my hair color/ not so much). When I finished the person teaching me said, “Ok, now do it again but with much more energy” Dr Oz has that energy.
Before you say it’s not just Dr Oz’s passion it’s the topics on the show. Have you watched the show? The last three times I’ve been on we’ve talked about quinoa, label lies on cereal boxes and frozen food. Now if millions of people go out and purchase quinoa or have learned what a GMO ingredient is- why aren’t we talking about that? Isn’t that part of what’s been dubbed “the Dr Oz effect”?
As far as scientific rigor, I once learned an important lesson from Dr Oz that I think I’ve written about. I was interviewed for a GMA segment about a diet that was popular at the time. My office did some research, there were no sizable scientific studies and I went on air slamming the plan. Dr Oz was also interviewed and said something I’ll never forget. He said if people are getting results from something you have to take a closer look. Sometimes anecdotal evidence tells us things that studies have yet to “prove”.
And I’m so happy the Senate has this committee to protect consumers. The same government that is outraged over raspberry ketones is fine with dangerous food dyes in children’s food, antibiotics in our meat and GMO foods side by side with “normal” ones. I wonder how MDs at the FDA or Senators with ties to Big Food would do under fire.
Please don’t say as a friend of mine did “it’s so sad Dr Oz was a brilliant surgeon”. He still is and he’s also a good man. And because I couldn’t resist, a little bit about Senator McCaskill’s “miracle” weight loss.
What do you think of the Dr Oz situation? Does he do more for good and health than evil? What do you think people love to bash?