Pinch me, Brie for your heart and bones? 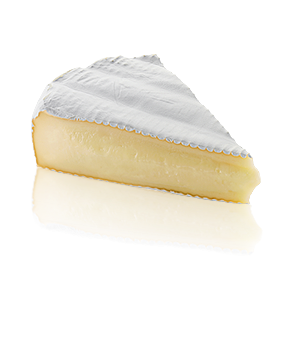 I’ve been working on a heart healthy post for Fitbit since February is Heart Month.
Some of my advice will be expected, you know eat your omega-3 foods and exercise but I’ve become obsessed with a vitamin I didn’t know that much about before. I know this sounds strange, after all vitamins aren’t exactly like snacks items popping up all the time. This vitamin K2 plays key role in the prevention of heart disease, osteoporosis and even cancer and wasn’t on my radar before.
If vitamin K sounds familiar, you’re probably thinking of K1 (as I was). K1’s key function is blood clotting and if you or a family member has been on a blood thinning med you probably know K (think leafy greens) plays a role. K2 can be produced by K1 but we can also get K2 from certain foods and bacteria in our guts can produce it.
Without getting too sciencey, K2 is sort of like an advisor or therapist for calcium and vitamin D.  K2 encourages calcium and vitamin D head to our bones and teeth and discourages calcium heading to arteries where it can calcify (not good for our hearts).  Most of the plaque in our arteries is produced by calcium.
You can supplement K2 but there are different types and some derivatives of K2 may be better or worse “advisors” if we use this analogy. So let’s talk about food sources of K2.
First there’s natto. It’s a fermented soy food. I’ll be honest and say I haven’t natto-ed as it has a reputation for tasting nasty.
If you’ve read this blog you know I’m sort of a fermented (probiotic) food fanatic and K2 is another reason to include these “ferm foods” as we call them in your diet.
BUT not all fermented foods have K2 as only certain bacteria produce it.
Many fermented vegetables contain K2. I love Farmhousekraut, Hawthorne farms fermented carrots and Mother in law kimchi
K2 is also found in full-fat grass fed dairy. If you haven’t tried Kerrygold butter or omghee, I was on that bandwagon before I realized their K2 potential.
And finally, K2 is found in certain cheeses. It’s found in the highest amount in Edam (I don’t Edam), also very high in gouda (OK, I can eat gouda but wouldn’t do a jig for it) but K2 is also abundant in…Brie. Did you hear that? And it’s not that these cheeses need to be grass fed but rather the bacteria and process used to make them that results in K2.
In terms of how much K2 that’s complicated as dietary guidelines don’t differentiate K1 from K2 but especially with the widespread use of Vitamin D supplements it’s a good idea to consider adding these foods to your diet.The fermented veggies can be used freely. With the ghee and kerrygold, 1 “good” fat be meal is a good guideline. I suggest weight loss clients keep cheese to two or three times a week and I still stand by that but you can add gouda or Brie to your shopping list. Remember, as I say in LBT, your portion should be no larger than lipstick size. I have been nerding out reading about the different types of K2 and will be circling back with more information.
In the mean time, you’re welcome.
Have you heard of K2? Do you eat fermented vegetables? Have you tried natto, should I?