When Your Kids Use the "F" Word 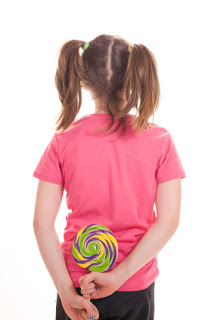 I thought about this post a lot. At first, I decided not to discuss this because it’s a conversation I had with one of my children. Then I realized I could present the scenario but not attribute it to anyone in particular. That didn’t seem the way to go. I then was going to write about another topic altogether like how Paul Ryan “forgot” his marathon finish time or the Times article that concluded organic foods are no better. But why waste time on lies? I’m going to tell you something truthful.
My boys were away at camp for seven weeks this summer. We can email or occasionally call them but their only means of communication with us were letters (no technology, love it except the spelling errors).  One son would give us the date and time and a maximum of two sentences. His brother, on the other end of the information spectrum, told us everything. I would’ve been fine without knowing every score of every game or when they were “robbed” but my sentimental side comes out while they are away. One letter in August talked of a visit to a girl’s camp. “They had a carnival with rides and delicious food.” Interesting. “And all the girls thought I was cute.” Whoa, did he write “girls” and “cute” if it weren’t for the handwriting and abundant sports scores I would’ve thought this was written by another child. His lack of modesty aside, I was happy he shared that information and I didn’t say another word about it until he came home.
First night home (within an hour of seeing him) I couldn’t contain myself:
“So you mentioned girls, they thought you were cute?”
“Yes, it was strange, I’ve never heard that from girls my age.” I let the age thing go and skipped to “and did you think they were cute?”
“No mom, they were all fat.”
I wasn’t prepared for that. Especially with my profession, “fat” is not something he’s heard me say. I may say way worse words, such as the original “F” word especially when I cut myself cooking or get cut off while driving but not fat. I may say I feel “gross” or “bloated” or many other not-so-positive things but I stay away from fat.
“You know it wouldn’t hurt somebody’s feelings if they were called that.” I said. “Mom, I didn’t call them that and I’m not being mean, they were fat.” Some people are fat and some are thin.” My head started to spin. This poor child was enjoying his first hour home in his house and I was thinking of a frat house with him surrounded by older versions of his camp friends as they discussed various females and their appearance. Was I raising one of “those” guys?
I went off. I told him that girls develop sooner than boys. He had learned about puberty at school or as he said “when you get hair in all sorts of places”. I added it’s what’s on the inside that counts. I gave alternate words for fat such as large and overweight and rotund. My mother always pinned everything on my friends so I told him if others were saying hurtful things about girls, he shouldn’t join in. And then I realized this kid will never share anything with me again so I said “I’m happy they had good food at the carnival, it sounds like a fun day.”
We spend so much time working on girl’s self esteem and body image do you think we neglect speaking to boys? We are all influenced by appearance how to we make sure boys get right message? What would you have done in this situation? And if you’d like to chime in about Paul Ryan or organic food that’s fine too.