I’m nearing the book finish line but not there yet, I asked Carolyn to write about a trend we’ve been observing.
As Lauren can attest, I have been on several of ‘the worst dates ever’ but one in particular stands out. A guy brought me on a ‘surprise date’ to a Brooklyn hot spot called Fete Sau. It’s essentially a meat market. It was organic and local, sure, but hello, I’ve never pretended to be a “chill girl” and a tray of flesh is certainly not my nutritionist-style – not to mention when I left my $50 drybar hair reeked of brisket.  Is a male who loves kale so much to ask for?
Beyond my personal life and the brisket incident, the number of #kalemales (like our hashtag?) is increasing. Either that or men are just fessing up. We are seeing a huge increase in the number of dudes interested in nutrition and healthy eating – from Mark Bittman’s post on “The Bible of Kale” to our twitter conversations with #kalemales, and even the influx of guys in our office recently (some turned in by kale-pushing wives and girlfriends). We’ve had to create a whole new category of services: “Dudetraining”.
Although we’re asked, we don’t see couples together for sessions because male and females very different (in general and when it comes to nutrition). From actual nutritional needs to the amount of structure men and women generally prefer, even the specific types of foods they like-gender differences exist. For our Foodtrainers’ newsletter this month, we outlined our favorite dude foods and created a bro bundle (men can’t be expected to obtain their healthy food, c’mon). With the exception of Popeye, eating your greens hasn’t historically been all that masculine. Being the “diet dude” is way, way worse than being the diet chick, but that’s all changing. 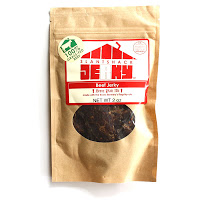 A few foods of the #kalemale movement we are loving:
–       Bro-fast: Superfood chia-PB on Paleo Bread or a Sunwarrior protein smoothie
–       Six-pack snacks: 22-day bars, created Marco Borges who Jay-Z calls “the worlds best trainer”. They’re organic, vegan, and gluten, soy and dairy free. As Jay would say “got 99 problems but a bar aint one”
–        Slantshack jerky, jerky the ultimate guy grub, this one holds off on the nasty additives and is pure grass-fed, gluten-free goodness.
#Kalemale has a ring to it, but the king of all dude foods may not be kale at all- but tomatoes. Many studies have shown that guys who eat tomatoes and tomato based foods are lass likely to develop prostate issues than men who don’t eat them. As Carla mentioned in her What’s better, raw or cooked?
post, lycopene, the main antioxidant in tomatoes, is one of the rare nutrients that actually becomes more bioavailable when heated. As we all know, prostate health is very important…. So things like homemade tomato sauce and chili are great dude foods. Raw tomatoes are all good too — but guys, ketchup doesn’t count.
Guys also love their gadgets and having specific number goals, so beyond food we’re also seeing major progress with men using the FitBit and the Nike fuel band. We suggest the wristband as the belt ones seem to get misplaced. But even our fit dude friends love competing in their total number of daily steps. 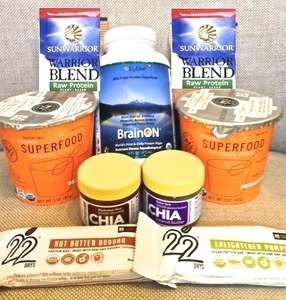 Get your man our bro-bundle or sign them up for dudetraining today.
So do you have a number one “#kalemale”? Have you noticed more men are interested in nutrition and healthy food? Why do you think this is?
PS: if you’re really in search of your own #kalemale, rumor has it Same Plate is a foodie dating website where you can be matched up based on food preferences.