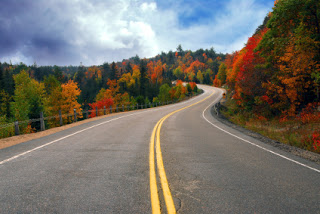 Thanksgiving is about more than one decadent meal shared with friends and family. This holiday weekend often involves travel and not the cushy variety to a hotel or resort. Thanksgiving means staying with family on their turf.  Typically we stay with my parents but this year we were with my in laws. I must say, (disclaimer) my in- laws are extremely healthy people who exercise a ton and eat well. They also have very different food rules than my family.  While every meal is an event in my family, discussed as much as 24 hours in advance, my in laws are more casual. “Help yourself to anything” is the directive and let’s just say I did.

Slayton siblings are dispersed Thursday at various celebrations. We all convene Friday afternoon in Bridgehampton for 3pm “dinner” aka Thanksgiving #2.  I like this schedule as I enjoy eating early and you can’t get much earlier than 3. While the cousins played soccer outside we had chicken, an Ina Garten recipe for cauliflower with pine nuts, Brussels sprouts and sweet potatoes. This is what I selected there was also corn bread, stuffing and a pasta dish.  We sat around talking and at 6pm it felt like bedtime. The 8 children in the house didn’t seem to agree so we talked some more, munching on clementines and grapes. My food game plan was in tact.
The next morning, the guys went to play tennis. I drove to Shelter Island with my sister in law and mother in law for a hike at a nature preserve. We chose the 6-mile hike and had a great time.  In 90 minutes, over a mini mountain (ok hill) and through the woods, we completed our Thanksgiving “post game” report.  We arrived home around 11:00 and I was starving. I looked in the fridge and found a Fage Greek yogurt. We made some tea and sat down in the kitchen to eat. When I went to throw the yogurt out I spotted a mound of bagels the guys had brought back with them.  I don’t eat a lot of wheat and practically never eat bagels. In the food equivalent of an on side kick, I tore a piece of a soft, warm whole-wheat bagel.  It was delicious. I showered and my husband I went into town for a bit while his parents watched the boys (an away game advantage).
Around 2pm we returned home. My boys were perfectly content but hadn’t had lunch. I made the mistake of encouraging them to tell Farmor (grandma in Swedish) if they were hungry. Now, given the choice between playing and food my boys are choosing sports.  I took their lunch orders and went to prepare it. My older son wanted some of the pasta with peas from the day before. My little guy requested a bagel with turkey (even if it was chicken).  I made myself a plate with some chicken and veggies from the previous day’s crudité plate. I also had some pasta as I was portioning it out and a third of a Russian pumpernickel bagel, my MVP of team bagel, from the rapidly shrinking pile.  Marc’s sister came in and declared “I don’t know what’s wrong with me but I’ve been starving all day.” We commiserated, chalked it up to a good workout outside the stimulated our appetites. My husband later pointed out dinner at 3pm the night before didn’t help things.
The rest of the weekend was fairly similar (though no more bagels after Saturday). I went for a great run Sunday morning.  We were off schedule though, eating at irregular times and at the mercy of what was there to eat. I typically travel with “ammunition” but the cooking for Thanksgiving and knowing my in laws were healthy I slacked off a bit.  We arrived home yesterday afternoon. I slipped out for a manicure. When I went to remove my rings, I couldn’t! I joked to the manicurist “is everyone having this problem today?” She reassured me and said, “yes, this was holiday weekend.”
Did you travel this weekend? How is your eating when on other peoples’ turf? What is the biggest challenge? Are you happy to be home?