Be a creature of freshness 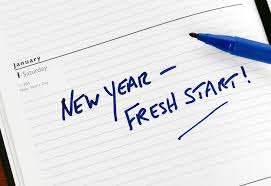 Last night, on Instagram, I read a blogger’s caption for her photo. It read “New year, same food.  My eating doesn’t change just because it’s January first.” I say, good for her. She’s probably one of those people who says “I’m thankful every day” on Thanksgiving. Call me a cliché’ (I’ve been called worse) but I love a clean slate; I’m not shy about my glee when goal setting.  I’m not suggesting “whole new you” type aspirations.   I like the majority of myself; however, I am perpetually tweaking. If you’re feeling resolutiony, here’s how I’d channel your newfound motivation.

Be a creature of freshness
I can’t find the right, uplifting word that’s the opposite of habit. Habits and routines are great but monotony is not. Especially in the wellness realm, mixing it up is vital. Kale all day and night would make me find a new profession. What do you want to try in 2017? You can experiment anywhere. Maybe it’s a new form of self-care. I believe I’ve written about my adoration for infrared saunas but cryotherapy, acupuncture and magnesium baths are other options. Or, perhaps there’s a bucket list place you want to see this year. I have New Orleans, Hawaii, San Miguel de Allende (with my mom who is in her 70s and always seeking newness), Portugal and the Canadian Rockies planned or germinating. Do you want to acquire a new skill? Learn a language, try a certain type of cooking? Freshness can be anything but it’s key that it’s appealing to you versus something you feel you must do.
Trim the fat
When I was about to turn forty I had dinner with my friend Allyson. Allyson is a year older and told me 40 was when you “trim the fat”. She wasn’t referring to what bulges over my bra. She explained that certain people weren’t worth my time. Weeding out is good. We can also “trim” behaviors. I hate talking on the phone, especially for things that can be accomplished via email. This year, I’m going on record (I did that with hugging and people are now afraid to touch me- that’s fine). I’m not a phone person, I am going to add this to my voicemail. What do you want to trim?
Out yourself
New Year’s Eve, I was at dinner with my family. I asked if anyone had resolutions. Marc, my husband, and one of my sons were adamant about goals and resolutions being private. I understand that thinking. However, the very thing that makes going on record scary is why we should do it. We all like to succeed or win or don’t want to be shown up. So…here we go. My New Orleans trip? I’m running a half marathon. This race is not about getting a certain time. Signing up for this race got me back to running. Even in Vermont, when I wanted to be lazy, I got on that treadmill solely because of the race. I also want to put it out there that I’d like to fuse my interests in travel and nutrition (this is a joint goal with Carolyn). If you have any contacts or ideas, send them our way. And finally, I have a book idea. I may have said this before as there was a book two I was attempting, My agent says sometimes being unproductive is a sign it’s not the right project. I believe my new concept is.
Focus and fine-tune
It’s impossible to focus on everything that needs fixing. When I run more, I may read less and so goes the wellness juggle. This year I want to focus on home hydration (I am so much better at work), carving out writing time and starting a better strength routine (after the half).

I don’t know if people are being more forthcoming or if many had a shitty 2016. Either way, I get that. For me, 2015 was the year of shit. This led to dusting myself off in 2016. I think that’s why I feel shot out of a cannon this year. It feels extra special when the shit isn’t too far in your rearview. If you’re struggling, I hope 2017 is a step in the right direction. If you’re ready to experiment, trim the fat and out yourself, let’s do it together.
Are you pro or anti resolutions? What do you want to try this year? Anything you want to “trim”? Any goals you’d like to go public with (comment below)?