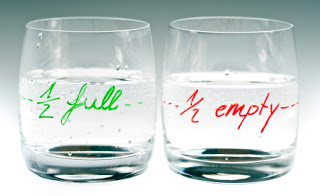 I’ve been thinking a lot about Jen lately.  She and her husband Dave started Cycle for Survival and we have a mega-team, in the early stages, ready to ride in February. And last week, Jen’s parents posted on her You Fearless website and talked about Jen being driven and determined from the get go. In the time I knew Jen and ever since, when I am faced when a challenge I try to strap on my Jen mask of fearlessness and optimism. The problem is, I often feel like an imposter where underneath is the real Lauren. Not all of us can see the bright side as easily.  I came across a book called Learned Optimism by Martin Seligman and purchased it on audiobook. During my runs and a recent family car trip (Marc officially thinks I have lost it) I’ve been listening to passages from this book. To my relief, optimism and pessimism aren’t camps you’re permanently assigned to. There are tools to make you more optimistic.
I heard a lot of Jen while listening to this book. Optimists see bad things as temporary whereas pessimists fear it will last a long time. Optimists are able to put troubles in a box while pessimists give universal explanations. As a result of these patterns of thinking, pessimists are more likely to become depressed, they do worse in school, sports and most jobs than their talents would suggest. They also have rockier relationships. Optimists are said to live longer and though Jen’s passing comes to mind I tend to think she survived sarcoma for 7 years in part because of her optimism.
Midway through Learned Optimism, a hokey “diet” scenario is presented as a teaching tool. We’re told of Katie who was two weeks into a diet and succumbed to chicken wings and nachos when out with friends. Katie does a number on her self feeling weak, gluttonous and defeated. A technique called disputation is suggested. Pessimistic thoughts can be disputed as you would likely dispute them if someone else said them. Katie could say, “I’m not a glutton and one slip doesn’t mean my diet is blown. Sure, nachos and wings aren’t healthy foods but one misstep in two weeks isn’t the end of the world.” By disputing the bad thoughts you can change your reactions.
Disputation is one technique another is distraction. It is very easy for negative thoughts to play on repeat in your mind. If you tell yourself not to think about something chances are that will not do much good. If you divert your attention to something else, even as simple as a pencil or other object and study it, your can redirect your attention. You can also plan a time to think about something, for example at 7pm I will give this more thought. Other suggestions were a rubber band around your wrist and to snap it when the destructive thought arises or keeping a card in your wallet with a certain phrase such as “enough” or “stop it.” In order to stop ruminating another suggestion is to write down negative thoughts. These techniques “ventilate” negativity.
There’s also an exercise called externalization of thoughts.  With someone you trust you role play the negative thought. I could say to you “it’s all your fault you aren’t doing well at work” and you would dispute my accusations. In certain ways- Jen did this with those on “team Jen”.  It wasn’t that she was without doubt or the facts but that she was able to turn it around and wasn’t shy about seeking out help. Whether it’s work, weight or health related your beliefs are not necessarily gospel and we have the choice to be dejected and depressed or energized and action-oriented. Speaking of actions, we’re just starting to fundraise for Cycle 2012. I am optimistic we’ll surpass our team goal of $10,000. I am fearlessly asking you to click over and help us stomp on cancer.
Do you consider yourself an optimist or a pessimist? Does it give you hope that your beliefs and self-beliefs are subject to change? Have you ever listened to an audiobook? Are you going to donate to Cycle?