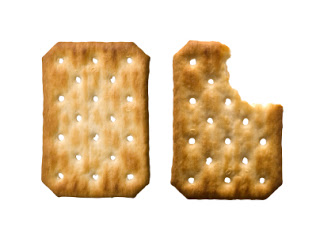 Tuesday night, I went to an event at Organic Avenue. My friend Ashley Koff was hosting a seminar for her new book Mom Energy. Organic Avenue is on Suffolk Street on the lower East side of Manhattan. From where I live and work it’s the equivalent of getting to San Diego from Portland, Maine. Market Melissa and I decided the subway was best and that we’d meet on the 14th street platform. The talk started at 6pm and so, at rush hour, the train was fairly crowded when I got on. I made a seat for myself between two people each greedily occupying 1.5 seats on either side. It strikes me as extremely selfish that people sprawl out while others don’t have seats but, undeterred,  I directed my tush at the yellow-orange colored half seat giving them the choice to move over or have me sit on them.
Seated and kindle-less, I looked around. Directly across from me sat two ladies talking. One of them had the most beautiful purse; it was woven with all different shades of brown, really unusual. As I contemplated the purse, the woman reached into it and took out a package of rice crackers. I couldn’t completely see but my guess would be Edward and Sons (gluten free!) black sesame rice crackers. The crackers are divided into compartments with maybe 15 rounds in each one. Purse lady, with rather large hands took the majority of one compartment in her hand. She offered the package to her friend who reached in with tweezer-like fingers extracting two black crackers.
There was something about this interaction that I couldn’t stop watching. First, I find a lot of public eating sort of revolting. I suppress my need to fully inhale when riding the subway and here these women were snacking away. I can’t help but thinking there are only certain places we should eat and the sidewalk, subway or drivers seat of a car don’t make my list. Purse lady disagreed. She popped her crackers whole into her mouth. Like the dolphins  with fish at SeaWorld they seemed to disappear without visible chewing.  Tweezer-fingers held her two crackers between her thumb and pointer finger. She was telling a story and every so often she would bring the cracker to her mouth biting off ¼ of the cracker max at a time. There was about one bite per stop on the train.  Purse-y started on the second compartment and once again passed the package to her friend who shook her head declining. I was staring to such an inappropriate extent I may have caused purse-y to unzip her gorgeous bag and put the crackers away. At Times Square they got off; my impromptu focus group about snack habits adjourned. A pack of mall chicks, with cheap purses, took the newly-vacant orange seats.
I could’ve mentioned earlier that Pursey was slightly rotund and Tweez, like her frail fingers, was petite but I don’t think that matters. I loved the slow, dainty way Tweez ate; however, there are many times I eat more like Pursey. Soon enough I was at my stop, I got off and found Melissa. At Organic Avenue (which I will tell you more about) we were greeted by Ashley and an array of juices.  I selected a shot glass sized cucumber juice and took little, slow sips just as I imagined Tweez would’ve.
What do you think about street or subway eating? Do you watch what and how people eat? And do you eat more like Pursey or Tweez?