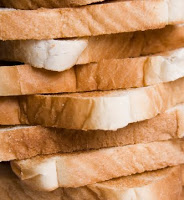 Earlier this year, I was quoted in a story for Allure magazine about giving up one thing from your diet. I received a lot of good feedback on this article and was asked to do a TV segment on the topic. People liked the idea of focusing on one thing whether it was sugar or alcohol or salt to cut from their diet. I have found that it’s sometimes easier to cut something out of our diets than to cut down. There’s no room for negotiating or justifying, no means no. Recently I sat down with a friend who has her first novel coming out next month (go Aidan!). She mentioned that this is a milestone in her life; she even referred to it as a “second wedding” though I wonder how that description will sit with her husband. We had previously discussed food and health; this discussion was about what to do with food in the short term. I have no issue providing different, more aggressive nutritional advice the week before a beach vacation or before a client’s wedding or “second wedding.” And I still like the idea of giving up one thing.

I suggested that Aidan go “breadless” for the month. Oats, brown rice and sweet potatoes were invited but bread was out. This seemed reasonable enough. Yesterday, Aidan blogged about being breadless and she had asked me for permission beforehand. I was all for it and went to  her site to check out the post. I loved hearing Aidan’s story of her “bread boycott.” I loved that she acknowledged wanting to look her best. I especially loved Aidan inviting her (numerous) readers to join her on the “no bread brigade” for the month. I scrolled to the comments section eager to see who was game and did not love what I read! One person scoffed at the idea citing “I need fiber.” Another woman did not believe in cutting carbs. And the straw that broke the nutritionists back said “I find it fascinating that in response to the launch of something that is the exclusive product of your mind you are focusing so much on preparing your body.”

I had to chime in. I defended the bread boycott explaining that much of the bread (pizza crust, bagels, wraps) we all eat isn’t fibrous. Further, I explained that an all or nothing rule works well in the short term. I hadn’t, at that point, read the “preparing your body” comment but the last I checked there was something called the mind/body connection…do we have to choose one or the other? What’s funny is that most of the time you know when something you suggest is controversial. Giving up bread seems fairly benign to me. I wonder what would Aidan’s readers think of my cleanse I did last week ? As the day continued there were some ready to bring on their own boycott. A few people liked the no bread idea and funny enough others identified their own boycotts based on their habits or vices which made me feel a little better. Aidan had mentioned this was a silly topic and it may be. Yet, at last count, 45 people whether pro or anti breadlessness felt compelled to voice their opinion.
Do you think a bread boycott is bold? Have you even tried to cut one thing out of your diet? Do you think it’s easier to cut back on certain things or cut them totally out?