Coffee Talk: Is it good or bad and should you give it up? 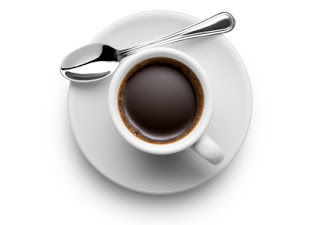 I am biased. When I read a study with conclusions in favor of something I like, I am sucked in. Headlines such as “good news for social drinkers”, “how cheese may save your life“ or “the benefits of being glued to your laptop” would get me to read and possibly hunt down and hug the author.  I know to then look at the sample size or research methods and while I don’t necessarily change my behaviors or recommendations, with the study du jour, I can certainly feel vindicated. So a couple of weeks, when I saw “Coffee may help lower depression risk” in the Wall Street Journal, though I’ve never been truly depressed, it felt like “score one for team coffee.”
Coffee can be confusing. It seems to be popular to part with coffee though most people, when pressed, wouldn’t have a good reason for that. In a recent post, one reader asked this question with their comment “It seems that for every article out there that says to go without coffee, there is another article praising the advantages of some caffeine. I don’t go overboard, but I really do enjoy a small or medium cup of coffee every single morning. That is where it ends… please tell me what I would gain from giving this up (believe me, it is a point of contention in my household at the moment) Thanks!” Because I’m not convinced we must give it up, I’ll instead present the case for coffee and you decide where you stand.
I started this with saying I’m biased on this subject and will start with coffee’s “perks”.  When someone criticizes your coffee tell him or her it:
And let’s be honest, coffee helps you “go”.
Coffee is also a nice little helper when it comes to endurance sports. Coffee can increase the time to exhaustion. Caffeine may alter the perception of how hard you are working. During testing, athletes were asked to judge their effort, which is referred to as the rating of perceived exertion (RPE). Some studies have yielded significantly lower RPE’s when the athlete used caffeine. A little trick our runners and tri clients use is to decrease coffee the week prior to a race thereby increasing coffee’s effects on race day. A little caution to non-coffee people, coffee will not help you if you spend half the race in the porta potty. If you are unsure if you tolerate coffee, test it out on a day you have time to spare.
I do suggest being a coffee snob. Coffee is one of the heaviest chemically treated food commodities in the world. The most common chemical used in coffee production is synthetic petroleum based fertilizers that slowly destroy the soil’s fertility and seep into local water supplies. It’s important to go organic which will ensure that you’re not drinking fertilizers or pesticides every morning. Other things to look for are shade-grown and fair-trade which guarantees safe growing practices and protection for the farmers using these superior methods. In NYC, I like Le Pain Quotidien’s coffee.
Though I could be the president of the coffee fan club, I’m not an advocate of unchecked caffeination. Two cups is the maximum coffee I’d suggest per day and for the record, like the commenter above, I’m generally a one-cup a day girl. Most afternoons are green tea with the occasional thoroughly enjoyed espresso.  I would cut your coffee consumption if you have palpitations or irregular heartbeats, severe PMS, insomnia, panic attacks or bladder problems. Speaking of sleep, a caffeine cut off is a good idea and I’d suggest 8 hours before bed or 3pm if you go to sleep at 11pm. It can take up to seven hours to metabolize caffeine.  The older we are, the longer it takes.  And if you are on birth control pills or estrogen, the half-life of caffeine may be doubled.  For the life of me, I’ve never been able to understand how some people can have coffee and fall right to sleep.
If there’s one group I worry about coffee with it’s women trying to conceive. There may be as much as a 30 percent increase in early miscarriage of normal pregnancies for women who drink one to two cups of coffee a day.  One study has shown this goes up to 40 percent with four cups.  There’s also concern about caffeine consumption while trying to conceive.  Some studies have shown infertility rates double for women who drink more than two and a half cups of coffee a day. Another “con” for coffee is that it is acidic and therefore not suggested for those with reflux either.
No coffee talk would be complete without mentioning what goes into coffee. While the coffee itself isn’t a problem, adding artificial sweeteners (the pink, blue or yellow) or too much sugar or agave is. I would also suggest organic milk of your choice (dairy, almond or coconut) and not a reduced-fat version. If it’s coffee with skim and Splenda or no coffee, I’m would advise no coffee. I have to run now, I smell that delicious aroma and hear the Capresso snorting (which means it’s done). Are you a coffee drinker? Are you concerned with seeking out organic coffee? Have you considered giving coffee up?