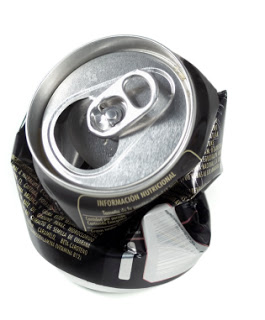 I got a chuckle out of this somewhat inappropriate but hysterical question posed on Facebook by my friend’s brother Metrodad “How come black people get an entire month and fat people only get a Tuesday?”  C’mon laugh (or don’t). Anyway, when I was at Tulane, Fat Tuesday was the day to take a breath after Mardi Gras, a day when the visiting freaks left the city. I never stopped and thought about how the fat got in Fat Tuesday.
Mardi Gras, in French, literally means Fat Tuesday.  Some say the origin of “Fat Tuesday” is believed to have come from the ancient Pagan custom of parading a fat ox through the town streets. I’ve also heard explanations in which it was a cow that was fattened and then feasted on. Other variations have households using up fat or eggs and dairy before Lent. The common thread here is indulgence before abstinence, one last binge before getting serious.
I am not religious, not Catholic either but last year I professed my love for Lent.  I love the time frame of roughly 6 weeks (Lent lasts until Easter which is April 8th this year), appreciate the idea of making one meaningful sacrifice and let’s face it even if it’s not the point I love the potential benefits. I did check with my resident religion expert C, which doesn’t stand for Catholic, and benefiting from your sacrifice isn’t against the rules. While I can’t imbue a fear of God in you, I am pretty good at laying guilt. For example, didn’t we talk last week about not letting fear hold you back? Let’s do this. Last year after dinner eating and elevators topped my Lent list, here are my 2012 sacrificing suggestions:
Artificial Sweeteners and Soda– I can’t believe you are but if you are still sipping Splenda or nasty NutraSweet imagine how much healthier you will feel after 6 weeks without them. Or just take my word for it. If you need to be swayed, here’s some info on that “diet cancer”.
TV- if you’re spending a couple of hours a night tush-to-chair watching other people lose weight or procreate or what have you, those are 2 hours that aren’t making you thinner, smarter or more fit. Actually, as little as 1 hour of daily TV is correlated with weight gain. At night, go for a walk; take a workout class, clear clutter. Juices aren’t the only way to fast, going TV-less is beneficial too.
Purge the Plastic– if you’re not the fasting or diety type (unlike some I have nothing against the word diet) let’s ban the BPAs and do something for the planet (if not for god). For Lent, dust off that reusable water bottle (love Bkr bottles myself) and replace those misshapen plastic containers with glass ones. The benefits will last beyond the six weeks. Many components in plastics are hormone disruptors, need I say more?
BYOL– maybe you’re spending $14 dollars on a salad (not including the plastic water bottle or diet “cancer”), maybe you’re concerned that the so-far-from-organic chicken in that grilled chicken salad is pumped up with salt, antibiotics and hormones (yum) or perhaps it takes too long to leave work and bring lunch back. Whatever the case may be call on your inner cheapskate, food phobe or worker bee and bring your own lunch.
Give up Gluten– while I’m not convinced everyone has to be gluten free, many people feel better with gluten gone. There’s no way to know if you’re one of those people unless you try.
For the record, I also asked C about the tendency to substitute one bad habit for another. You know how this works; you give up sugar and start overeating bread.  C said, “as far as I know, you might be the first person to question substituting bad habits 🙂 I think it certainly would be frowned upon, since it’s supposed to be a time of sacrifice.” So no vice-swapping. Got it?  Here’s to fewer “fat” Tuesdays from now on or at least until Easter.
Do you like the idea of giving up one thing? What’s it going to be for NRL (non-religious Lent)? If you have something else you’d like to temporarily abstain from, let’s hear it.