For Women Only (I think) 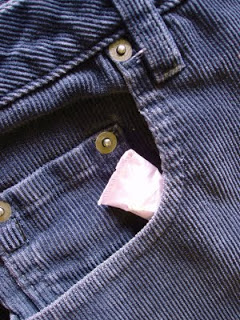 Last night I went out to dinner with an old friend. We had a lovely meal of baby artichokes with mint and beets with walnut pesto, mussels for the entrée and a lovely glass of dolcetto. We were very excited to see each other and enjoy endless time to talk. Having both lost our fathers our conversation quicky shifted to loss and grief. And yes there were tears and in retrospect maybe more tears than I would normally shed. After talking and talking, my friend got in her car and I walked home. When I arrived home, I checked on the boys and caught up with my husband. I walked into the kitchen and noticed a bakery box on the counter. Now, on a typical day, nothing from a bakery would get a second look from me. My “desert island foods” don’t include sweets, except maybe chocolate. I opened the box and was reminded my mother had brought cupcakes for the boys. The cupcakes called out to me and I gave them a second look…but ultimately headed to bed.

Fast forward to this morning at breakfast. My older son said “I’m not hungry.” He may have not been very hungry (and this isn’t a post on children’s eating) but I know for sure he knew we were rushing. Let’s put it this way, he was less interested in rushing that he was eating. On a typical day, and to my knowledge this was another typical day, I would have encouraged him to eat a little something and left it at that. Today was different; my buttons were pushed. I told him he needed to cooperate, I threw in the “I’m going to have a talk with your teachers,” I was livid and over what, cereal and a banana?

You’re probably thinking what do crying and cupcakes and yelling have to do with each other? It’ll all make sense soon, I promise. With the kids off to school, I headed to Exhale for a core fusion class. I take these classes 2-3 times a week so there wasn’t anything atypical about that. A few minutes into class, the instructor told us to engage our core, in layman’s terms to suck it in. I tried and I tried but it was as though my core had left the building. My core was gone or it was sleeping or…maybe this wasn’t a typical day. And then it hit me; I had PMS!

Now, never did it cross my mind when I decided to have a blog that I would be blogging about PMS. And there is nothing in my descriptions above that is at all unique. The question I had for myself, the question I think is worth contemplating is why, after 22 years of something happening every month, was it such a surprise? I own a calendar, I can count to 27 or 28, why don’t I know this is happening so I can brace for it (and warn my family)?

If you are craving foods you don’t normally crave and crying and or yelling, I hope this post serves as a reminder. And if you’re not, be thankful that it’s a typical day for you!

Ladies, am I alone in this monthly shock? Do you think PMS gets worse with age? Don’t be shy, it’s only me.