Gwyneth, ignore the haters It's All Good

When it comes to celebrities, we all have someone who rubs us the wrong way and our own personal pet peeves. She may be a nice person but Daphne Oz’s stance as a nutrition expert, Paula Deen’s attempt to kill us and then save us, Kim Kardashian’s…everything all get under my skin. Oh and let’s not forget celebs who try to sell things in a sneaky manner (um Kirstie), celebs who are full of themselves (Reece), anyway those are my main gripes (or the ones that come to mind). But Gwyneth? I kind of like her and really like her new cookbook It’s All Good.

Maybe I’m an elitist. A write-up in Bittman’s column says Gwyneth’s book makes it seem that “healthy eating is just for the wealthy”. And Yahoo did some very questionable math claiming that it would cost $300/day to eat as Gwyneth does.What Yahoo left out is many of us have maple syrup, salt and vinegar at home and if you want to stock your pantry surely you know that will benefit you and your family for more than one day. For example, when making the Old Bay Fish Fingers they tabulated to come in at over $70 (if you needed mustard and salt), I only had to buy lemon sole. It was twenty-something dollars but it fed our family and another child staying for dinner.  And fashion magazines have purses for 10,000 dollars, is it that offensive if Gwyneth lists her favorite brand of gluten free flour ($20 for three pounds)?
To be fair, I could do without the justification or dramatization used as the rationale for many of the foods in this book. Gwyneth described a migraine that felt like a stroke and her son’s horrible eczema, cue doctor who told her to eliminate all these things from her diet.  And then there’s Goop, GP’s weekly newsletter.  Many people love to hate it too. Not me. I can read about a $130 “Montecito Margarita” with zero plans to ever buy it….that doesn’t mean I couldn’t try to replicate it at home with the  Don Julio Real Añejo Tequila and Grand Marnier 150th Anniversary mentioned .
Those dishing out G-hate also go after the foods mentioned in this book saying things like it shuns “everything good”.  Well how about the Paleo diet nothing packaged, no grains, no legumes it’s sold millions of copies. This is essentially a gluten free premise. If anything I would think everyone testing out juice cleanses and vegan regimes would be intrigued.  In my experience people like to experiment with cutting things out. Crushable said “each page reeks with condescension and pretension toward us mere mortals who can’t afford the made-up foods of Gwynethland and occasionally splurge on something deep-fried”.  I’m trying to figure out what was made up in these Tandoori Kabobs my family loved. Chicken, spices and yogurt don’t seem too far-fetched. And if you want to splurge on fries, why are you blaming Gwyneth (who likes to splurge on bread and cheese so I hear). 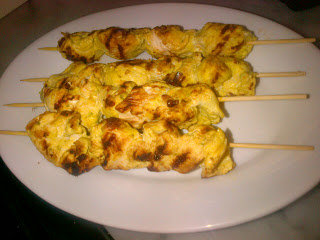 Gwyneth’s mistake may be sharing, Blisstree certainly wants her to stop
“When you talk about what you eat in every single interview you do, you’re perpetuating the idea that women should be constantly concerned with, constantly monitoring, what they eat” Here’s the thing, first of all many women are concerned and monitoring and open to a few tips. Second, it’s hard to promote a cookbook without talking food. As far as G’s 2-hour workouts, I’ve touched on that in an earlier team G post saying
Every woman can make the time to eat well or exercise. Sure, it may be easier with a trainer and a chef but at the end of the day it comes down to determination and motivation whether you’re a celebrity mom or more like me. If money was the deciding factor Oprah would be waifish and I love Oprah but she’s shown us that wealth doesn’t necessarily govern weight.
And maybe it’s best Gwyneth talks about salmon and smoothies. Chelsea Handler (like her too) had Gwyneth on as a guest and offered this.
“She’s an amazing advice-giver,” Handler said, relating an anecdote from a recent dinner party. “One of her friends is like ‘I got into a big fight with my husband and I went home and I just wanted to scream and yell.’ And you were like, ‘whatever you’re doing, do the opposite. If you feel angry, go at him with love and you give him a b—j–.'”
So are you more comfortable with GP dishing out this last tip (which in most cases is free people) or can we go back to gluten?
Which celebs do you love to hate on? What are your thoughts on Gwyneth? Have to seen the cookbook? Would you buy it?