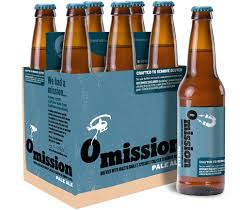 Happy National Beer Day! Until recently,  I couldn’t care less about beer. I’m allergic to wheat and have always been more of a spirits girl. My husband, on the other hand, is a beer (and Bourbon) guy. Without TMI (he prefers NI or “no information” about him on social media) he is gluten free because of Lyme disease. His Lyme was serious and thankfully he’s much better a year later. I did want to hug his amazing doctor when he suggested a gluten free and sugar free diet.
Back to beer, earlier this month the New York Post ran “Howto Chug Beer Without Getting Chubby”. This article discussed lower calorie beers and my pal Tricia Williams of Food Matters NYC shouted out Greens Gluten free beer.
In the first and last post Marc will likely contribute to this blog, here is  his cheat sheet for gluten free beer and cider.
This was cut and pasted from his email, I elaborated a little because he likes beer AND brevity:
*note Estrella (available on Fresh Direct) is controversial and not necessarily safe for celiacs, it contains a tiny amount of gluten.
Have you tried any gluten free beers? Any favorites? Have you seen more cider?