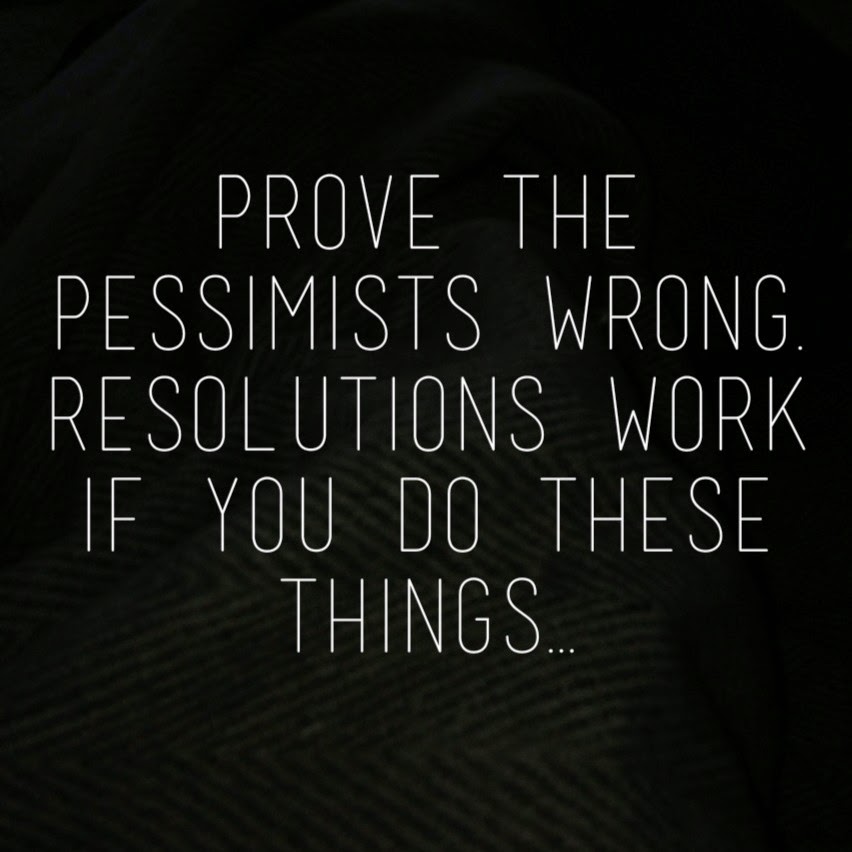 Wow, a year ago today the Little Book of Thin was released. I was holed up in my apartment reviewing and reviewing for a Today show segment. I wasn’t thinking resolutions. Yesterday I was pretty free and spent some time reading resolution advice. Time magazine suggested resolutions work better when you “fork over cash”.  The Daily Good referenced Seinfeld’s comedy writing and suggested picking something you can do every day and to focus on the doing versus the results (liked that). Anyway you frame it though, the resolution success rates (under 10%) are almost as grim as weight loss statistics. “Nobody keeps their resolutions, nobody loses weight long-term”. In 2014, I would’ve said those comments make me want to punch the doubters in the face but since it’s the first day of the year (and one of my personal goals is calmness) instead I’ll just say let’s prove those pessimists wrong.

What I know for sure in this department:
A year is a long time– start with a January commitment. I know, I know you’re super motivated and want to put the “holiday heft” behind you right away but commit for January and then reassess, even switch the goal.
Track- there is a whole movement called The Quantified Self which can get a little carried away (sensors in our mattresses, really?) but there is a value to tracking and gathering data about yourself. First, activity trackers like my beloved Fitbit take little to no effort on your part in order to track your activity or water drinking. And just the act of tracking has a positive influence on your behavior. Psych people- isn’t this called the Hawthorne Effect? This is provided you’re not too judgy with yourself.. Keeping a food journal is another easy way to improve your behaviors. I think this is why people like our Foodstalking program.
Cooking– if you really want to make changes with your health and your weight, you need to cook. You don’t need to be a chef, you don’t need lots of equipment but you need to scramble eggs or roast vegetables or just take pride in buying the best ingredients you can. This connects you to your food and let’s you control what goes in your body. I was watching a show last night Booze Traveler (not very resolutiony but I’m obsessed) and the host joked “this batch tastes better because I helped prepare it”. Can you make your lunch once a week? Or even cut vegetables up on Sunday for the week?  In LBT I suggest making a green, a grain and a main (protein) if you really want to set yourself up for the week.
Repetition works. My most successful clients have “anchor” behaviors that they do over and over. These habits breed confidence and also don’t require much deliberation. If we’re talking cooking, boil half a dozen eggs or roast Brussels sprouts once a week. Maybe there are one or two breakfasts you stick to like glue. And if you’re thinking that sounds boring? I only suggested a January pledge, for Feb you can switch it up.
If you’re on the fence about making changes. I loved this comment on a post earlier this week. This was from Andrew of the Wellness Notes blog
Whenever I gain some weight, I know that something is “going on” in my life. It’s always a reflection of something being slightly off. So, no, I am never truly okay or happy when I’m heavier because it’s actually a reflection of the other “stuff” that’s going on.
And two other notes
First, stay tuned for information in our Monday newsletter on our Whipping Week. One week, super strict, kinda fun. Many of us need a nutritional whipping.
And second, I’m starting to write the proposal for book #2. I picked up Frank Lipman’s new book The New Health Rules (quick healthy snippets)  and “Do Something You Love for at Least 10 Minutes a Day” stuck with me. I love writing…so we’ll see.
Happy New Year to you. There are times when I feel “should I blog?” Or I feel guilty that I don’t give the blog as much attention as I used to but your comments and feedback are so interesting to me.
What do you think about resolutions? Are you a tracker? Do you cook? What do you love to do?