Healthier in the Bedroom 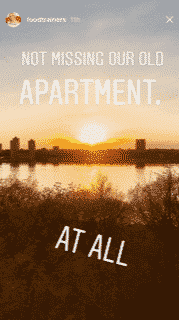 It’s been almost a month in our new apartment. If you’re on Insta, you may recall the move was emotional for me. Our kids grew up in the old apartment and we had renovated every inch of it ourselves. What’s strange is that the second we moved, I was fine. It’s as though I got everything out of my system beforehand. Or, as Marc says, “when you’re done, you’re done.” He may or may not be referring to a few ex friends. I am really change averse. I haven’t moved a ton, we’ve had the same babysitter for 13 years, I’ve had the same husband for almost 20! years, met him in college etc. However, when the Band-Aid is ripped off, I don’t look back.

Before we moved, I posted about our quest for a non-toxic mattress that would work also for Marc’s back issues (is your mattress killing you and do you care). We settled on Saatva after two non-woo-woo Facebook friends endorsed them. One put them in every room of her house and another sealed the deal saying, “it’s the most lux of the non-toxic options.” We’ve liked everything about the company/mattress. We went with firm, even though their best seller is apparently one less than firm, or something like that. I don’t know if it’s knowing it’s not killing me or that’s it’s super comfortable but I’ve been sleeping really well.

There are a couple other factors that may be contributing to that. The prior owners of our apartment didn’t have TVs in most rooms. In fact, they had only two. There was one in the den and one in their nanny’s room. To give you an indication of our TV-dependence, in our old apartment we had five. When the cable came, they only installed TVs in the locations where they were previously. Which meant no TV in our bedroom. Oprah advocated this for years, and like any other change you resist making, I pretended it was silly advice. Carolyn and I heard a quote, in Austin “people are down on things they’re not up on.” Yup, that was me. I had a couple minor TV-withdrawal freak outs- no Dateline, no Comey interview, no Bravo. But most things can be streamed or DVR-ed. So, at 9pm or whenever things were winding down, I started going into bed and reading. I now wake up before my alarm and don’t want to install the TV.

And finally, although our bedroom is super bright (yay light btw) during the day, we have near black out shades for nighttime. The room is, ironically, far darker at night than our bedroom in our darker apartment. So, I was resistant to the move, ignorant about my previously toxic mattress and ignored Oprah. I’m sorry I questioned you Oprah, I’m changing my ways, a little bit at a time.