Lena Dunham and The Beauty Experiment

I don’t read Playboy, I’m not informed enough to know whether people do “read” Playboy but I read an interview they did with Lena Dunham. In this piece, she is asked what she would do if she woke up in the body of a Victoria Secret model.  Lena mentions she’d be freaked out “I don’t want to go through life wondering if people are talking to me because I have a big rack. Not being the babest person in the world creates a nice barrier.” As I read, part of me admired how grounded she sounded but a much larger part of me thought yeah right and I wouldn’t want to have a house on the beach in Hawaii, what would happen if there was a storm? This was all before I had ever seen a single episode of Girls. Let me be honest, this was before I binged on HBO on demand’s first two seasons of Girls.
Have you seen the show? I know I was late to the party; Girls follows a group of 20-something friends living in Brooklyn. As much as I hate using the word, it feels like an “honest” glimpse off dating, work, friendship and all the messiness involved with finding your way. The characters are quirky, the main character Hannah is played by Dunham who also directs the show. Dunham is often undressed. There’s nothing unique about that except for Dunham’s seeming total lack of self-consciousness about her body. In one episode, Duhnam plays ping pong in her underwear in the way a young child would before they realize clothes are worn for certain activities.
Let’s be clear, Dunham’s body is very average. This is not the busty, bronzed, groomed and posed world of Victoria’s Secret. This is basic underwear, lumps and bumps, the things we all tend to cover up. I work with women all day long and I could not figure out where such a lack of body angst comes from. After all if you create a show, you can decide when and how often you disrobe. 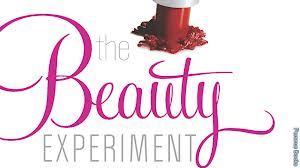 While away last week, I read The Beauty Experiment. The book’s author Phoebe Baker Hyde was living in Hong Kong with her husband and young daughter. She felt she was overly distracted by the trappings of appearance. For one year she goes on a beauty fast foregoing makeup, buying new clothes, paying for haircuts, hair removal- you name it. The premise was if she was fixated on her looks, what else was she missing?  In some manner, when Hyde frees up time previously spent on makeup application and shopping she feels liberated. In other ways, new insecurities flourish with a bad haircut, old clothes and no “concealer”. At one point in the book when Phoebe shares the concept of her experiment with friends, one friend replies “you’re not one of those women”.  While she may not have ever been covered in jewels and decked out every day when it comes to that critique or as Hyde calls it “The Voice” most of us are “those women.” Whether it’s appearance, parenting or related to our professions, we can relate to Hyde’s frustration  “the distance between me and the person I needed to become seemed insurmountable”. As with Dunham, in The Beauty Experiment I saw something real, something most of us don’t share that much or aren’t proud of.
I was disheartened while reading a scene when Hyde looks through teenage pictures of herself and laments that her boyfriend-less, chubby 16 year old self and her 30-something self are in many ways the same. I would hope that The Voice is softened, at least a little, with age. This week, we were away in Mexico. I’ve mentioned it before but Mexico was the first vacation I took with my then boyfriend and now longtime husband Marc. At one point in the trip, Marc joked “oh my god do you remember yourself then?” How could I forget, I ran laps around  “the trail” the size of a tennis court because I was losing my mind without a gym and changed multiple times before getting dressed to go out. Almost 20 years later, I remember my blue bathing suit and bad beach hair but cannot name the hotel we stayed in.
Why did he marry me?
Last night, as we sat with the boys enjoying our last guacamole of the trip and a not-so-Santana-ish mariachi Oye Como Va a young and lithe college-aged woman jogged past our table.  On a street full of restaurants, she stuck out like a sore thumb. “What- she just has to get in a workout before going out” Marc observed. There’s hope for the Mexico jogger. While we had an active trip, I didn’t go to the gym the whole time. I may never be a “Lena” but “The Voice” is very different than it was in college.
Do you worry you spend too much time thinking about your appearance? How do you think you become “a Lena”? Do you find your “Voice” has changed over time? What would your Beauty Experiment or “fast” look like?