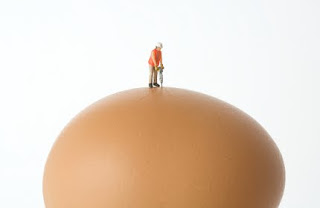 As you know, yesterday was the first of March and Monday. It was also the start of National Nutrition Month (which doesn’t mean all that much to me truth be told). Three Fresh starts! I wasn’t so aware I needed a fresh start until I reviewed my resolutions. On the first of January I suggested that we all make a list of resolutions for the year and return to this list on the first of each month. Last month, on the 1st of February, I somewhat smugly posted that I had, that day, signed up for the Chicago Marathon. I also joined a book club and started yoga. It was a pretty good start to the year and I was thrilled to tell you about it.

This month was a little different. While I still plan to run Chicago, I envision starting to train once ski season ends. I have run a handful (well actually only 2) times in February. As for yoga, I have been doing yoga once a week. I found a hot yoga class I like but also inquired about ending my yoga membership as I am not convinced I love yoga enough to pay for a membership at a separate yoga studio. It turns out I may not be able to end my membership and so the yoga continues but not for the right reasons. And the produce offerings in February didn’t get me running to the farmers market. The strange thing about this rather pathetic report is that I didn’t realize I was stuck or stalled. It’s as if I wasn’t thinking about my goals at all. I’m sorry resolutions!

I could complain about skiing and weekly trips to Vermont taking up a lot of my time. Or perhaps it’s that I’m busy at work (a good problem but a time-suck nonetheless) or maybe it’s a February syndrome (read the most hilarious piece on February by Samantha Bee from the Daily Show). While these things could be classified as explanations or excuses I don’t really think it matters. What matters to me is finding a way to muster some March motivation. When clients are floundering, I suggested they pick 1 area of their routine to focus on. In preparation for April and marathon training I am going to make sure I run at least once a week. The hope is that ticking this off the list will lead to progress on other goals. Fingers Crossed.

How was February for you? Are you progressing on your resolutions? Any motivating words you want to share….puleez?