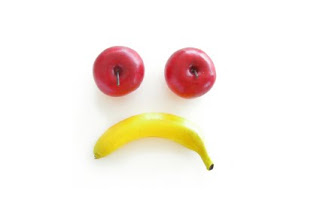 As you may know if you’ve read my recent posts, I am up in Vermont. We have been here for 10 days of skiing, snowshoeing and hanging out with the kids by the fire. It may be hard to believe that in such surroundings anything could ruffle my feathers but something did. Actually, someone did and to add insult to injury it’s someone I really respect. While the kids were skiing one day, I decided to catch up on reading and work. I opened up one of Michael Pollan’s emails and heard about his new collection of food wisdom entitled Food Rules.
I enthusiastically read on as Mr. Pollan explained Food Rules and the reasoning behind it. And then I read something that extinguished my excitement, Mr Pollan wrote “a healthy diet is a whole lot simpler than the food industry and many nutritional scientists –what I call the Nutritional Industrial Complex—would have us believe.” Ouch! I spent years at New York University’s Department of Nutrition and Food Studies pouring over textbooks containing…nutritional science. That coursework helped me greatly as I entered the workplace first at St Lukes Obesity Research Center (creating nutritional science) and later at Foodtrainers where clients came to see me, at least in part, because they felt I had two nutrition degrees and an implied handle on nutritional science. It seems Michael Pollan, whose books I read and lectures I attend, was taking a jab at my profession and colleagues and it wasn’t really the first time.
We have 2 sons who play hockey. My husband, in an effort to toughen the boys up, says to them “if someone pushes you (on the ice), you push them back.” While I initially objected to such reasoning, I am going to jump on my husbands’ bandwagon in the case of Mr Pollan. Lauren Slayton MS RD is pushing back. Let’s start with what has become Michael Pollan’s mantra for healthy eating:
“Eat real food, not too much of it, and more plants than meat. Or, put another way, get off the modern western diet, with its abundance of processed food, refine grains and sugars, and its sore lack of vegetables, whole grains and fruit.”
While this is sensible, clear advice it is limited in the “how” and “where” people should obtain this real food when we are surrounded by faux, junky food. For example, I would love to know what Michael Pollan would feed his children in a ski lodge or what he’d suggest I feed my children. Even our savvy Foodtrainers’ clients get confused in the supermarkets and need a roadmap of specifics. You simply cannot send people to a market and say “eat more plants.” We created a whole Market Foodtraining program to show people which food products are toxic and dangerous and which are ok when you’ve had your kale and your apples and crave something else.
Soon after the first email from events@MichaelPollan, a follow up email listing some of the Food Rules arrived. Don’t get me wrong, a lot or maybe all of what Mr Pollan writes is logical and sound. If you are interested in healthy eating, this new book may be a good primer. What I am saying, and remember I am “pushing back”, is that this list of rules may not be enough. Take one rule, “#47 Eat when you are hungry, not when you are bored.” On its surface, this makes sense. However, a great many Americans are emotional eaters eating when bored or stressed or for many other reasons other than hunger. Reading rule #47 is going to do as much as doctors who say “you may be better off eating an apple than a cookie.” Eating is often a deeper issue and may require further work, maybe with a nutritionist (trained in the very nutritional science Mr Pollan insulted). After years of counseling all types of eaters, I wish there was a list that could simplify eating and cure us of our food issues but I don’t think it’s enough on its own.
Nutritionists may be the very people who can carry out Michael Pollan’s wisdom. Doctors don’t have the time and a pamphlet, though concise, isn’t enough in my opinion to properly educate people about eating. For this reason, and of course my own feelings, I worry Mr Pollan may be alienating the very people who can carry out his mission. We, the nutritionists, can fill in the gaps and offer up the specifics.
I will purchase Mr Pollan’s book because, despite the affront, I see value in what he does and writes. I hope that, despite some of the shortcomings of nutritional science, Mr Pollan will respect nutritionists too.