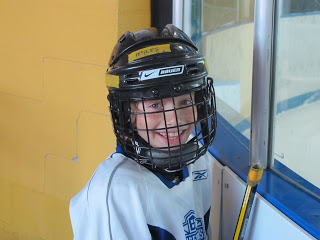 Last year I took a break from nutrition and wrote a post for by younger son Weston. Both of my boys were born in March and for your children birthdays are literally the day of their birth. Nine years ago Saturday, I gave birth for the first time. I woke up early thinking I had wet the bed, Marc assured me this was probably not the case as I had never in the years I’d known him been a bed wetter. I wasn’t entirely sure my water had broken. Marc suggested I go to work and see how I feel (men!), if I was in labor he’d come pick me up. My OB felt differently and told us to head to the hospital. We weren’t expecting the baby for 3 weeks so we gathered our things and drove cross-town.
My mother joined us and we watched the baby’s heartbeat on the monitor. My sister, in the hospital for a doctor’s appointment, stopped by to eat her lunch as I sucked on ice chips. Soon enough it was time to start pushing, a few pushes and the baby was here. I know, for some of you, that’s incredibly annoying to read but it’s true. Myles was alert with bright blue eyes and a dimple and I was in love.
To say Myles was an easy baby is an understatement. I would put him in his crib, leave the room and do phone sessions with clients. Not a peep. There was an exception, one day Myles decided to remove his diaper. I came in to find him and the Italian white bumpers were covered in poo. It looked like a mass murder with doody. It was as though he was saying, “I may not yell and scream but I’m no pushover.” He’s since learned to yell and scream, still no pushover.
Before Myles could talk he clapped. He would clap and smile to get your attention. He doesn’t clap as much but he has a smile that can melt your heart. He likes to have a good time. In third grade his teachers are trying to teach him that there’s a time for silly. I support them but feel if silly is your worst quality you’re doing pretty well. Not only do you seek out fun but you’re up for anything at any time.
Myles was allergic to eggs and corn when he was younger but has since outgrown his allergies. Like his mother, Myles likes to rank his meals. If he eats a scone he will compare it to his favorite scone in the Wolesley in London. He’ll taste something and either it’s pretty good, great or occasionally “the best.” I put berries out this morning and he told me they didn’t taste that good. I should know but “it’s not their time yet.” Myles current favorite foods are dosas, Fage peach Greek yogurt, salad with ginger dressing and Insomnia cookies. He gets his sweet tooth from Marc.
I’m having a hard time this year because nine seems different to me than eight. Nine seems big. I love the fact that we can ski together and read together but I’m aware that there will be birthdays in the future I will not spend with Myles. It’s no longer just putting you in the crib but sharing and debating and at times disagreeing. And for an easy child, boy can you debate playstation privileges or a later bedtime. Right now Myles,  you see yourself as “either a hockey player or a piano player” when you get older. I can’t wait to see what the next 9 years bring. I wish you many more smiles, good times and of course “the best” meals along the way.
Where were you 9 years ago in 2002? Does it seem like a long time since then? Do you think your personality is set from an early age? And do you, like us, rate your food?
P.S. I read this to Myles and he wanted me to delete the “volcano of poop” part and “dimple.”