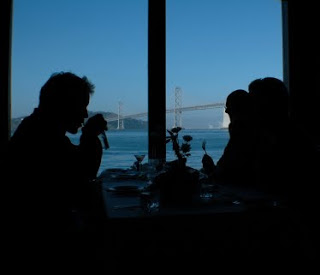 When I worked in a hospital, NPO was one of those abbreviations we used in patients charts. NPO comes from the Latin nil per os. In case your Latin is a little rusty, the translation is “nothing by mouth.” Patients in the hospital are often NPO the day or night before surgery. At times NPO is also necessary following a procedure or when patients are unconscious and unable to digest food. In these situations various types of feeding tubes are used until patients can eat on their own. Well, what if NPO wasn’t a temporary state? This had never occurred to me until earlier today.

I had a few minutes to spare and was killing time on Twitter. For some reason I was struck by a tweet from Perez Hilton which said “stay strong ROGER EBERT!!!.” I don’t know if it was the triple exclamation points or that I had no idea why Roger Ebert needed to stay strong but I clicked on the link. I then read the post “Nil by Mouth.” Mr Ebert explained that after a string of surgeries he was no longer able to eat, drink or talk. He had no reason to expect this to change…ever.

Mr Ebert doesn’t experience extreme hunger or thirst; he is getting nourishment via a feeding tube directly to his stomach. He admits he has had a series of food obsessions. Candy figures prominently in many cravings. Mr Ebert writes of a dream in which he had a package of Chuckles filled entirely with the black chuckles (though I don’t love candy, I always feel us black jelly bean or neco wafer people need to band together). Mr Ebert is now dependent on many of his food memories to satisfy him. He says many of his cravings have as much to do with fond associations and memories of a food than anything else. Mr Ebert’s writing seemed lighthearted recalling his food obsessions. His tone changed when he described what he misses most. “The food and the drink I can do without easily. The jokes, gossip, laughs, arguements and shared memories I miss.”

What Roger Ebert misses most is what we all should appreciate more. With so much written and debated about what to eat (guilty as charged), perhaps we’re all missing the boat. A popular term in the lexicon of nutrition is satiety. Experts endlessly debate what combination or portions of food will satisfy us. Maybe what’s meant to be ingested and savored is, as Mr Ebert says, the dining not the food.
What are your most memorable meals? I would love to hear about them. This weekend, try to share a meal with friends or family and please savor it.