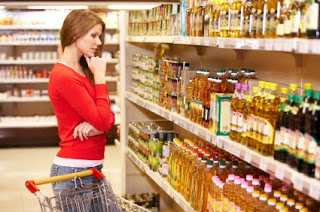 I met my husband in a bar. I am now able to admit that thanks to a piece on my friend’s blog where she eloquently confessed to the same thing. Though this was a whopping 16 years ago, I remember it clearly. My friend Asha had suggested that we meet a friend of mine who was with his hockey team at an UWS bar after a game. I obliged, not one to disappoint a “hungry” pal. Once inside, I was introducing Asha to my friend and his crew when Marc (one of friend’s teammates and now husband of 12 years) said “who are you?” with a sweet smirk on his face. As a woman in a bar, I had my guard up but as far as pick up lines go this didn’t seem sneaky or threatening. I talked to Marc a bit more that night before Asha and I left.

Last week, the FDA issued warnings to certain food companies for label violations. Marion Nestle provides a complete account of the actions taken on  her Food Politics site. The violations focused on front-of-pack health claims. After reviewing the violations, it is clear where these companies erred. However, there are thousands of products, not mentioned, who are still shouting out for consumers to buy them. There are thousands of products with questionable pick up lines.

When women are in a bar, we have our radar up. There are certain red flags such as a man out with one woman but with a wandering eye, or the guy who has had more than a few too many. On the FDA’s list of violations are products including ice cream and custard pie. If food products are like men (and with these lines they sort of are), ice cream and pie are the philandering or drunken variety. If you choose these foods (or men) don’t you sort of know what you’re getting?

If consumers are confused by products’ claims or pick up lines, what are they to do? First, look at the foods’ peers. If a food is in the ice cream, candy or cookie section it is akin to the guy with loud and obnoxious friends…he is probably loud and obnoxious too. Second, attempt to see what’s really in the food; look at the Nutrition Facts panel. This is the dating equivalent of talking to a suitor for an hour or so. And the true test? Look at the ingredient list. This tells you what went into the food. This is best compared to “meeting the parents.”

Dr Nestle offered “cheers” to the FDA for taking this action and humor aside it is good that they are doing so. However, supermarkets, like bars, are still confusing places and our  “shopping” radar needs honing.