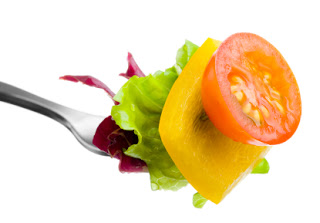 I was watching an episode of Live with Regis and Kelly  a couple of weeks ago. On the show Bryant Gumbel was co-hosting and he and Kelly were discussing a dinner party he had thrown. Apparently, Bryant had cooked this delicious and not-so-small meal including an entrée of Cornish hen. Bryant was lamenting that he made “too much food.” Kelly smiled and shared a theory her husband, Mark, has. I’ll paraphrase but she said that when her husband sees her eating a salad for dinner, he gets a little excited thinking there’s a good chance he will get “lucky” later that night. On the other hand if he sees her chowing down, he knows “it” may not happen that night. Kelly shared with Bryant that when she devoured the hen (which she called chicken), her husband realized his odds were not good. Brilliant theory.

Saturday night, my Marc and I and 2 other couples went to Lavo for our own not-so-small dinner. It was the kind of meal where a ton of appetizers are ordered for the table. There is no need for entrees in this scenario but you order them anyway. I was full way before my branzino arrived. We passed on after dinner drinks and headed home. I got to thinking, does anyone feel sexy after a large meal? And is there a physiological component for this or is it just knowing that we just consumed too much?

You really wouldn’t believe what turned up as I googled every version of “big meal” and “sex”. I received a little too much of an education. If you’re curious or perverted see what Urban Dictionary defines a tossed salad as (blush). I did find some legitimate and interesting research. One study, though not focused on libido and eating, explained that post large meal food coma. This study mentioned , in NewScientist, explained why we often feel we need a siesta after a large meal. Researchers discovered that high blood glucose levels (after eating a meal) can switch off brain cells that keep us awake and alert. The group of brain cells are orexin neurons, found in the hypothalamus.The author added that “it makes evolutionary sense for animals to turn off their wakefulness and conserve energy once they have eaten their food, since it could be risky or wasteful to expend too much energy looking for more food.” Now I haven’t been in research for some time now but I am selectively hearing that one should conserve energy after a large meal, maybe even read a magazine and watch Project Runway? However, it also must make “evolutionary sense” to further the species, so to speak, maybe after dinner just isn’t the time for this.

I recalled another study that came out last year that I looked up to refresh my memory. In Canada, a team of researchers examined the eating habits of single, college-aged women. Their primary conclusion was that women’s caloric intake was significantly lower when their eating companions were male versus female. The explanation given was that women feel it’s more attractive or think they appear more attractive when eating less. Aside from this finding being rather depressing, in keeping with the “Mark” theory, I had a different spin. Rather than conforming to some gender eating role, perhaps women feel sexier when eating this lighter meal. After all, women like to “get lucky” too at least single, college women…

There is a rather well established connection between being overweight and sex. Female sexual functioning is significantly lower in overweight women than those who are normal weight. The British Medical Journal found obese women “29% less likely to have had a sex partner in the previous 12 months.” We also can’t isolate this connection to women. Overeating can decrease a man’s libido as well (I said decrease not eliminate) and excess weight can cause erectile dysfunction. Fat cells also produce estrogen, thereby reducing testosterone and sexual drive.

Aside from weight, eating well enables us to feel our best and that is what this is really about. When we feel good we’re more confident and this has a carryover effect. Meanwhile, I started this by saying that when Mark (Consuelos) sees his wife eating a salad things look promising. I am not sure what the male equivalent is but my husband just dropped the kids off at school. I couldn’t find anything on Medline but I’m fairly certain this increases his chances.
Do you subscribe to the salad and sex theory? Do you think it’s “women only” or do men experience this also? Do you feel sexier when eating well? Don’t be shy, we’re just talking about salad.