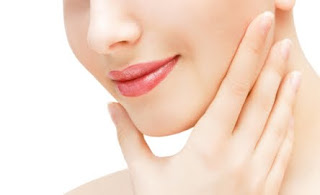 Occasionally clients ask about my skin. “What’s your secret for great skin?” Now, to me, my skin is sensitive and a little dry but it is generally clear and possibly a little behind in the wrinkle department. As much as I’d like to answer the question with a magic food, I am sure genes play a part in all of this. I also have a secret weapon when it comes to skin and it’s not edible or topical.

Joanna Czech is the facialist to Uma Thurman and Kim Cattrall but more importantly she’s my facialist! Joanna and I met when she was working at a spa in a posh NYC gym; let’s just say it rhymes with free- lock. We were both mildly obsessed with a workout called Powestrike. We punched and kicked and eventually I became a client of Joanna’s, she became a client of mine and we’re  now dear friends. Joanna later branched out and opened Sava spa in Hudson Heights. Recently, Joanna expressed a desire for a small Manhattan location. I smiled and directed her to one of the offices in our suite.

Over the years Joanna and I have traded secrets. She was the one who told me about Ren Skincare and Babor foundation (my one must-have makeup item). She always points out that sometimes best to trim brows versus plucking because “after 29 regrowth can be an issue.” Joanna scolds me when I take matters into my own hands “I see you’ve been doing surgery.” Joanna feels the best habits I’ve helped her with have been taking a probiotic and omega 3 supplement daily, eating regularly throughout her day regardless of how booked she is, using dandelion tea for bloating and realizing theimportance of purse snacks. Joanna likes Justin’s almond butter packs and our single serving flax packs.

I am thrilled to have Joanna next door to Foodtrainers. Selfishly I am excited for great eyebrows and more frequent facials. Really though, I’m excited to share my secret skin weapon with all of you.
Joanna has generously offered new clients 10% off (mention Foodtrainers blog). For appointments please text or call Joanna at (646)-331-7801.
Any good skin secrets?