The Little Book of Thin Chicago 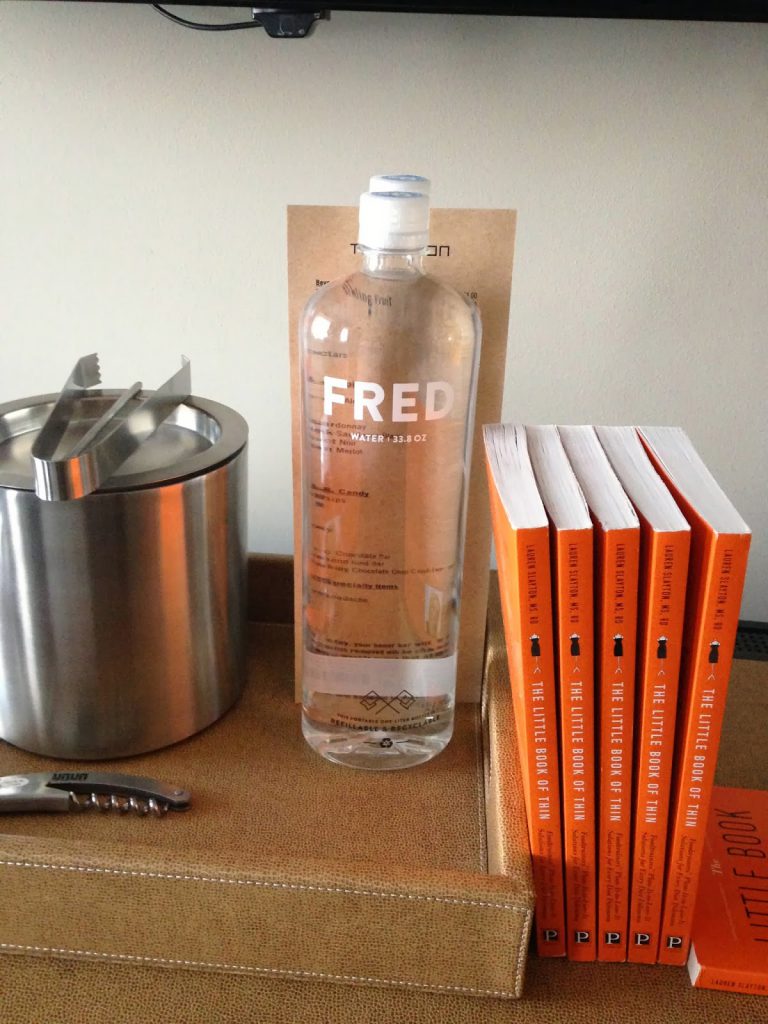 Our adorable snack queen, Joanna Li the head honcho of our store is going to recap our Chicago adventures. I knew I had the perfect travel companion when she whipped out her jump rope as we waited for our plane. Take it away J…
Last week, Foodtrainers paid a visit to the Windy City for some media for The Little Book of Thin. While it was mostly work, we made sure we saved some time for fun.
Chicago-style… Green Juice 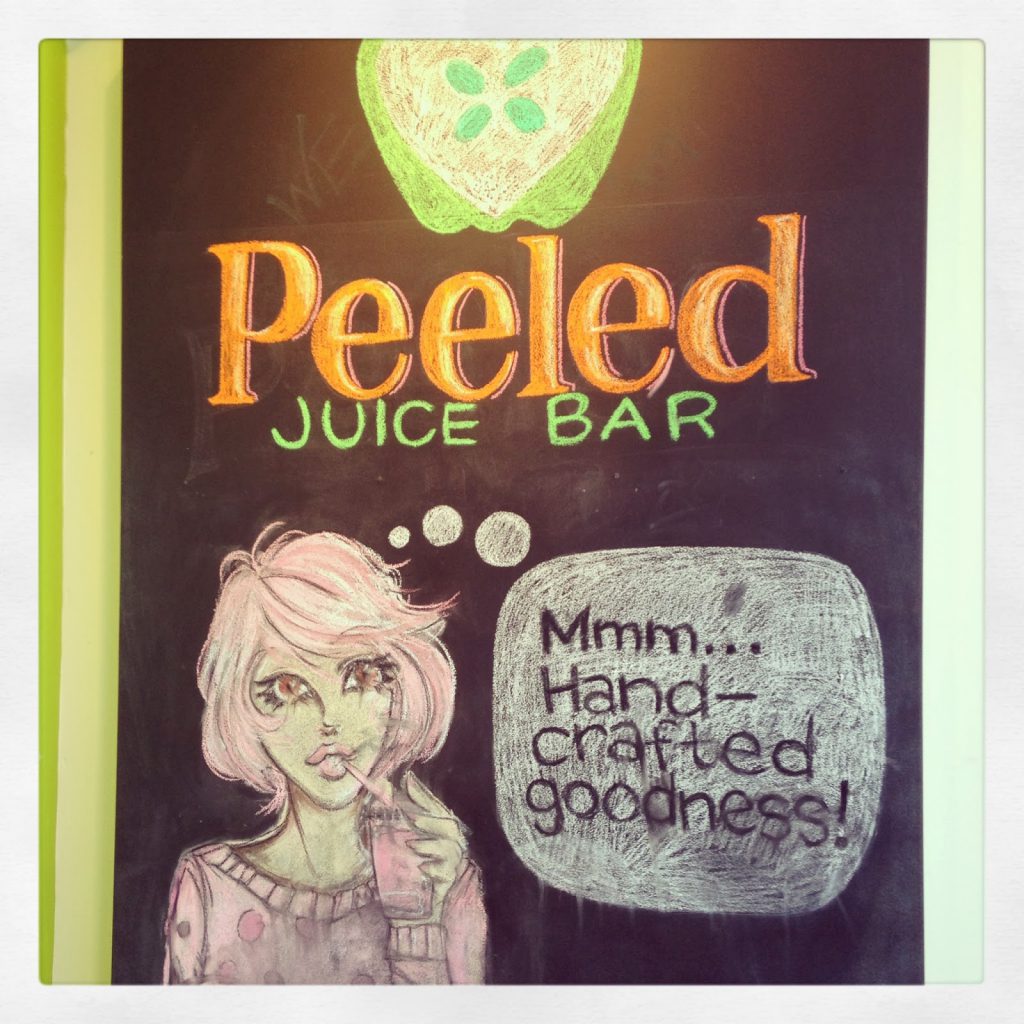 It was only 9am when we landed in Chicago, after a quick (seriously 5 min) stop at the Thompson our bodies were craving green (perk of traveling with fellow nutritionists). We put out a plea via Insta and discovered Peeled Juice Bar, in Lincoln Park, was the closest (although Harvest juicery was speedy with the insta-invite…next time we hope). We ordered our green juices and of course a healthy shot for each of us. Lauren’s “Stay Well” included turmeric, echinacea, oregano oil, Egyptian olive leaf, ginger, and lemon (talk about immune boosters) and I opted for “status update” with e3 live (needed some energy), ginger, lemon, chlorophyll, wheatgrass, cayenne.
Whole Foods Chi 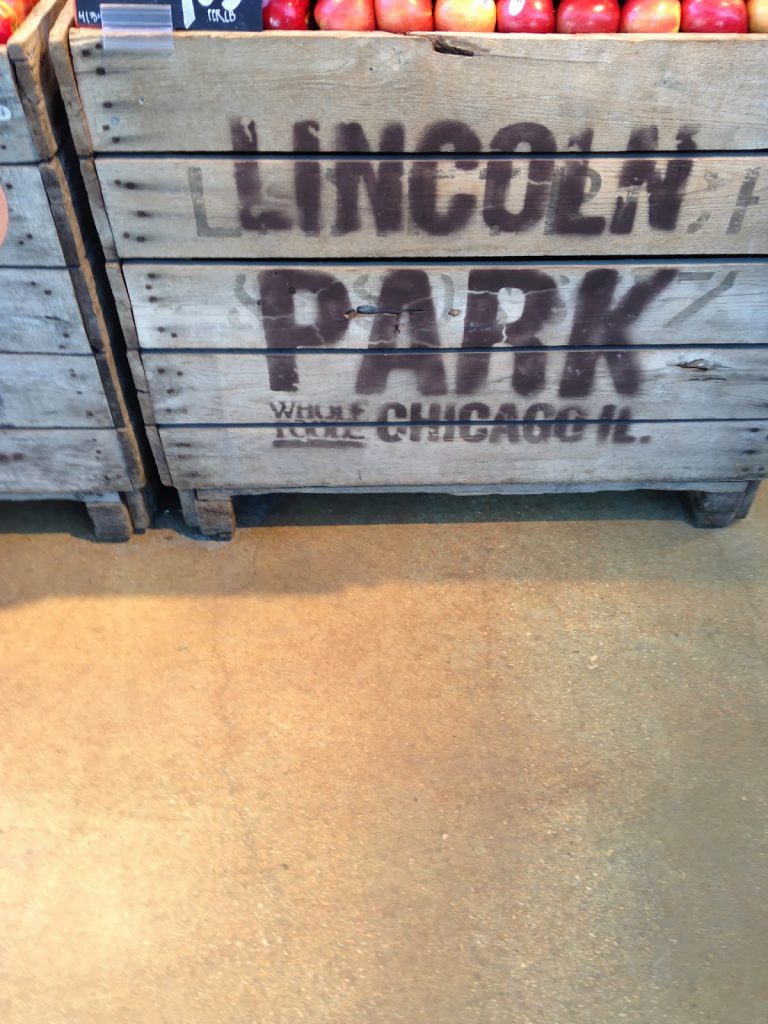 After our “green-me-ups”, we couldn’t resist the Whole Foods on the same block (it was a sign). Forget a kid in a candy store a Foodtrainer and a Snack Queen in a giant (3rd largest WFM)Whole Foods? Mayhem.We went up and down the aisles, Lauren wanted to skip a few but oh no, I take my title seriously.
I’ll post my top 5 finds on the Foodtrainers Facebook page on Friday but Lauren was super excited to find her favorite nutcase filler these Bhuja peas.
Workout
It was too cold (3 degrees) for a run but we still found ways to stay active (airport jump roping for starters). Emily found a Flywheel nearby and I hit the gym in my LBT sweatshirt (branding!).
Delicious Dining 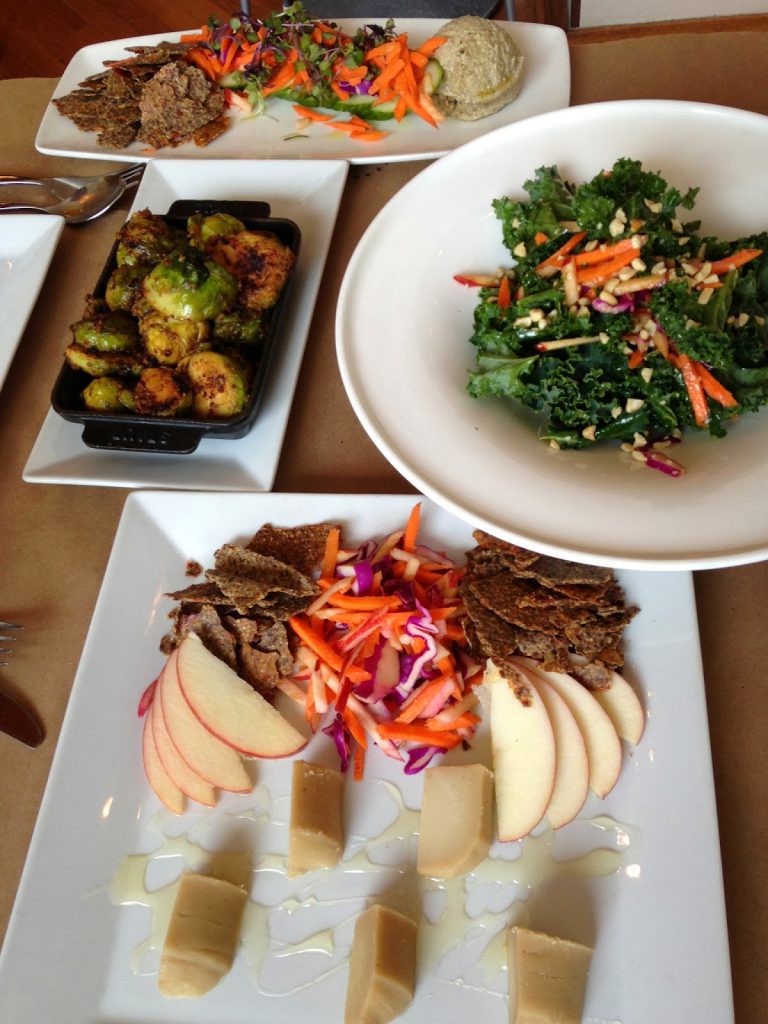 We had a fantastic lunch at Karyn’s on Green in the West Loop. We did the Foodtrainers-usual order everything to share. The winners (we also always rank the dishes): the best grainy mustard Brussels sprouts and the sunflower hummus (belly fat buster). Our only complaint was soy creamer that came with our coffee (not our fave) but when we mentioned it Gamble, our waiter, returned with homemade almond milk ahhh. 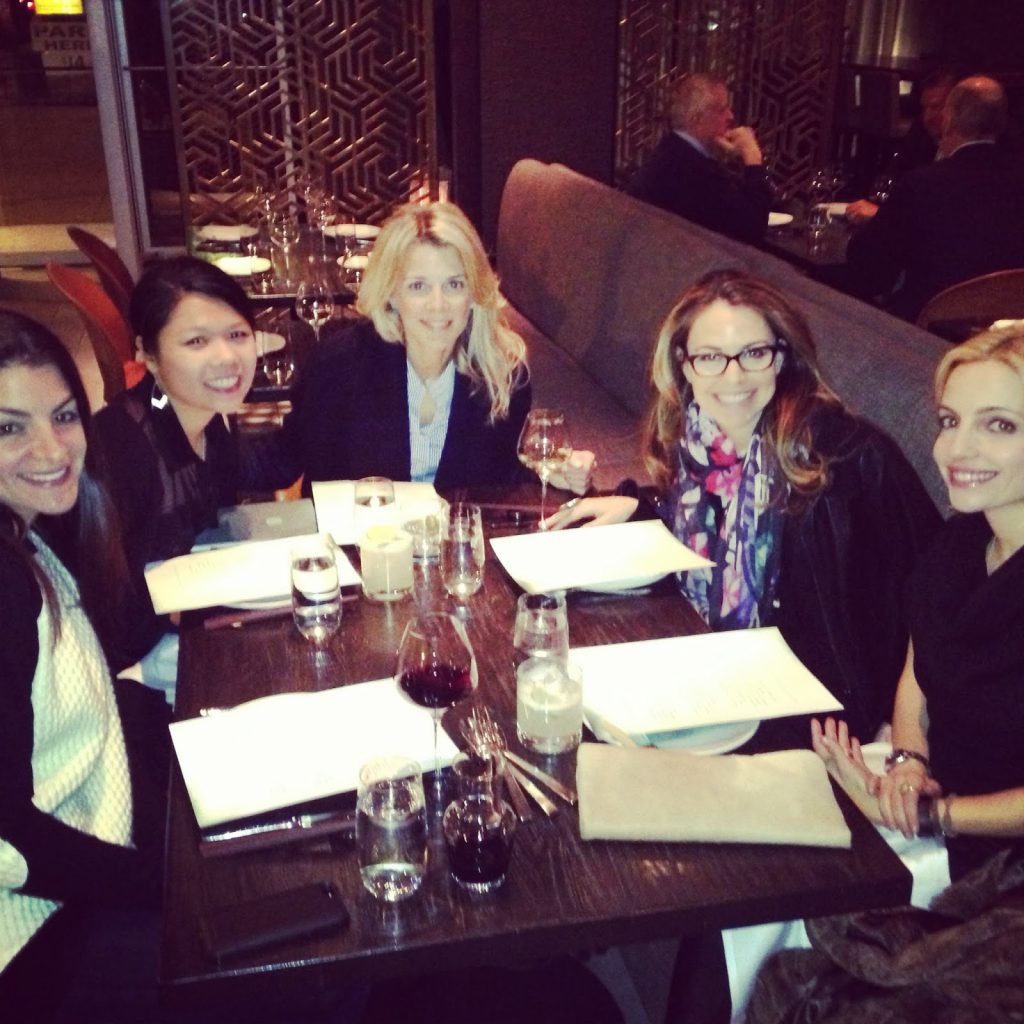 We left our team dinner decision to our friend Amy Tara Koch and fortunately she chose Embeya,
It can be hard to be gluten free in a restaurant that serves Asian cuisine but upon request a gluten free menu appeared. Lauren ordered a cocktail with coconut water and caramelized coconut that was so good, I had to get one too. 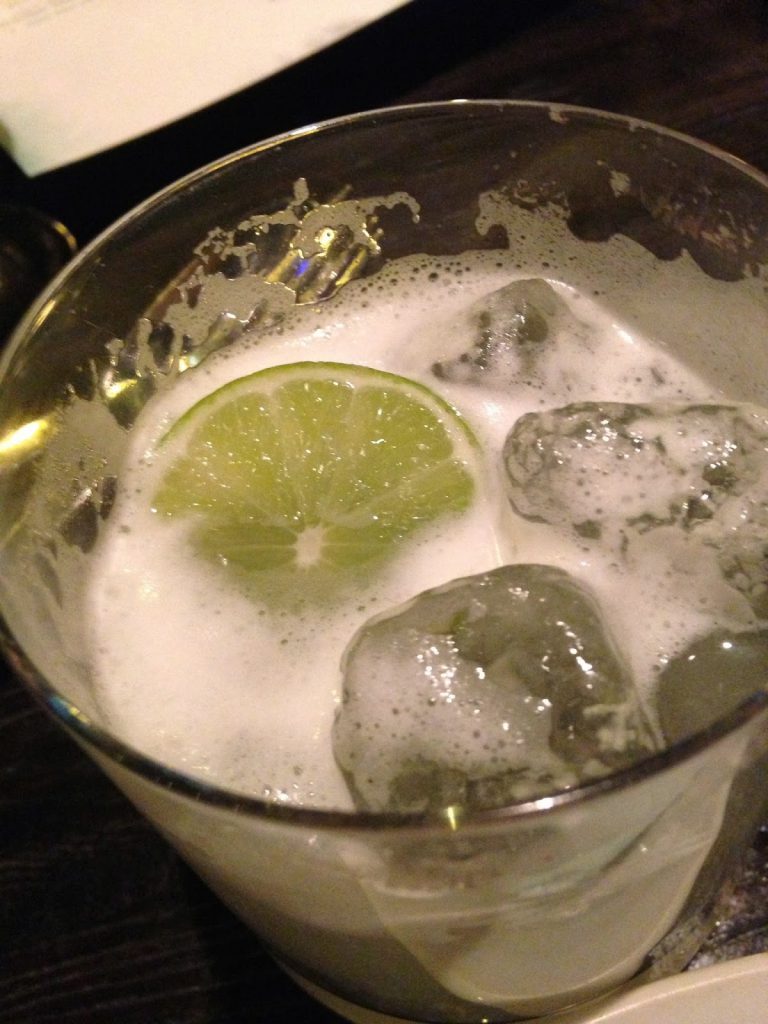 The dish of the night was octopus that had an amazing coconut foam that was out of this world (I know doesn’t sound amazing but it was). 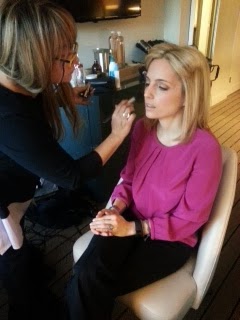 Day 2 was jam-packed with work. Primping started at 5am. We went to WCIU You and Me This Morning and WGN Morning News stations to tape segments on Treat Training (featuring LBT avocado brownies) and Ten Steps to Svelte, topics pulled from The Little Book of Thin.
More Juice
After the segments we headed to True Juice for a book signing a Foodtrainers’ client helped organize. It is the prettiest juice place I’ve ever seen.  We raffled off a FitBit Flex and a FitBit One and the local BookStall sold books during the event. After the event, we took celebratory shots of sea buckthorn and saffron from True Juice using our Foodtrainers shot glasses. Cheers! 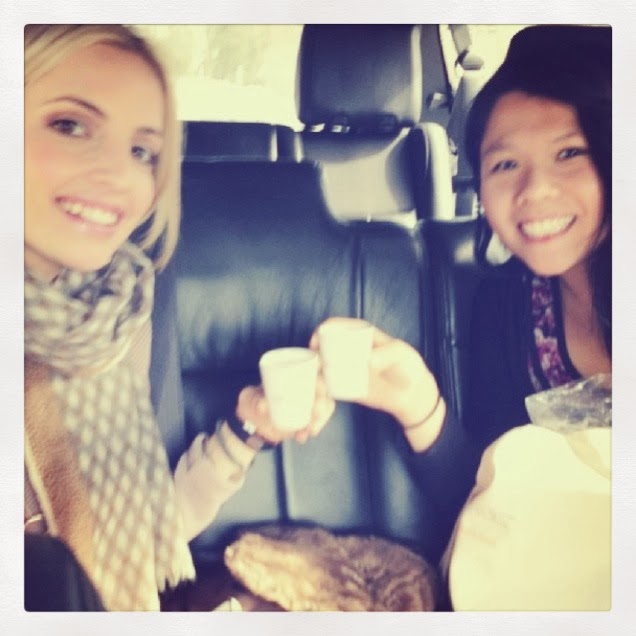 Lauren was also  written up by RackedChicago and Today’s Chicago Woman while in town.
Have you been to Chicago? What are your favorite restaurants or sights? What are your top 3 cities you’ve been to?
And if you’re bound for New Orleans here’s another one of our city guides.