The one place I’m not healthy really hurt me 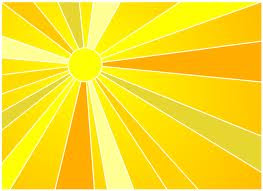 I try to be vigilant when it comes nutrition. I’m conscious of ingredients and sourcing when it comes to what I eat, what I suggest my client’s eat and of course what the boys and Marc eat. I love to cook and exercise most days. If you’re getting annoyed as I toot my own horn, I’m just trying to make myself feel better. You see there’s one place I’m not as careful and that’s with sun exposure.

Growing up, there was a fair amount of beach time. I swear, I don’t remember sunblock ever used. As a teenager, there were tanning beds (I know) and sunbathing and later runs in blazing heat without sun protection (justified by saying it gets in my eyes and burns). So, last summer when I noticed a mark on the side of my nose, I asked my dermatologist about it. He dismissed it saying, “that doesn’t look like anything dangerous”. It was close to where my sunglasses press on my nose so I chalked this little red circle up to tight glasses. However, even after I switched glassese it continued to get red.
Last month mid-treatment my facialist said, “I really don’t think it’s anything but this mark shouldn’t still be here.” She had me promise to see the doctor before my next visit. I thought about Erin who was initially dismissed by her doctor and booked my appointment. 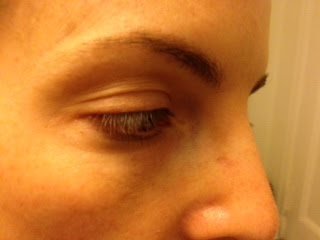 My doctor looked at the mark, now larger, and said “I still don’t think it looks worrisome but I’m going to biopsy it to be sure.” He did and frankly I forgot about it. I felt responsible for having seen the doctor but I got caught up in getting the boys off to camp. I was sitting in the pediatrician’s office with my younger son when the phone rang. My doctor had the results and said “it’s skin cancer but it’s called basal cell and it’s not life threatening. You’re a very healthy person but this is from sun exposure 20 or more years ago. I’d like you to come in and discuss treatment options.” I hurried off the phone and did what any person in total denial would. I saw my son’s doctor, went off to lunch with a friend and her boys, business as usual.  It was only when we walked through Central Park, after lunch, and the sun hit my face (and felt good) that I remembered the news. My lifelong relationship with the sun had to change for good.
As we head into the July 4th holiday please give sun protection more thought. I asked Kathy from Beauty Palette and Joanna Vargas (who I am so indebted to) for their advice.
Kathy has one of my favorite blogs and I was relieved when she started her email with
“I’ve become pretty obsessive over sunscreen recently (I was very irresponsible with tanning beds in my youth and am trying to make up for lost time)” Kathy sorted out sunscreen labels below:
Most people are aware that they should be avoiding chemical sunscreens (with ingredients such as octinoxate, parabens and phthalates). However, what I’ve noticed is that people assume that as long as they are using zinc oxide and titanium dioxide they’re safe. While they are definitely better than your typical chemical sunscreens, titanium dioxide particles are quite small and can be absorbed into the bloodstream. To be completely safe, opt for a sunscreen that ONLY uses non-nano zinc oxide as its sole active ingredient.
The issue with using non-nano zinc is that they usually leave you white because of the larger particle size, so some crafty companies try and mask that issue by using silicones (any ingredient ending in “-cone”). While silicones haven’t been proven to be toxic or anything, they tend to make my skin a little more breakout prone. Be EXTREMELY thorough with your nighttime cleansing. Silicones are quite difficult to wash off.
Kathy’s picks
MV Organics Face Screen having a tint definitely helps offset the white cast
Sun Integrity Face Sunscreen I am currently using this and yes it has silicones in it but this specific formulation hasn’t given me any problems
Graydon Sun Cream this one is not tinted, but has gotten great reviews (Lauren here noting this one has sea buckthorn oil it, love that).
Honest Sunscreen this one is on the thicker side, rub in well, great for outdoor or sport use.
Joanna’s picks
I like the Eminence Organics 30 SPF powders I sell because you can reapply throughout the day and they can go over makeup
Fallene makes a 58 SPF that’s great for vacations. It’s a little white, but not too bad. I use it on my body too.
Also a great line of SPF is Organic Pharmacy. They are sold at New London Pharmacy on 8th Avenue. Awesome place for trying European brands by the way.
During the day I like to layer the sun protection.
I use my own Daily Hydrating Cream (has SPF 20), then tinted moisturizer, then the powder.
Joanna concluded by saying “also a must is a hat and sunglasses. They add another layer of protection.”And Kathy added “I know the price point isn’t exactly low for these, but it is hard to find a sunscreen that keeps you safe, does it job and doesn’t make you look like Casper so in my very humble opinion, I think it’s worth the extra money. And one last reminder, I literally don’t know a single person who reapplies their sunscreen as much as they should – myself included.”
Sun protection isn’t only about creams and powders. Certain foods are helpful when it comes to sun exposure and protection (in addition to topical protection)
Walnuts, Salmon and other foods rich in omega-3 fatty acids are shown to have a role in preventing non-melanoma skin cancer. Green tea, specifically the polyphenols in green tea prevents skin cancer by enhancing DNA repair. Flavanols in dark chocolate are photo protective (I’m patting myself on the back for the cacao/bourbon popsicles we made this weekend). And cruciferous vegetables such as kale, broccoli, cabbage, arugula and radishes protect you from sun damage as well.
Just one more reason to eat a diet rich in these foods.
I opted for treatment that includes removal of the lesion (later this month) followed my 2 weeks of a cream that attacks the “foreign” cells. I should be red (and perhaps ugly) but I’ll have 80-90% cure rate. And I’m going to be better about the sun.
What is your sun protection routine like? Have you been to the dermatologist lately? How often do you reapply sunblock? What can you do to be safer when it comes to the sun?