Weight Loss Confessions from Behind the Cafe' Car Curtain 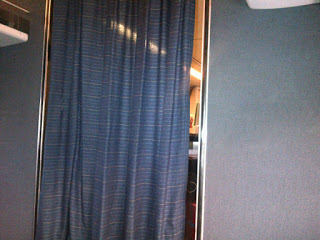 Yesterday, I boarded the aptly named Amtrak “Vermonter”. I was home for the week to see clients, do some much-needed, post ski grooming but looked forward to getting back to Vt. Weirdly, I love traveling by train. I book the business class car, connect to Wifi, get a ton of work done, and as you travel further North, the scenery is beautiful. The only issue yesterday was that the only open seats in the car were the closest to the café’ car. I was hesitant as I’m completely smell-averse, what I didn’t realize was the insider peak into other customers’ food orders, requests and confessions I was about to be privy to. 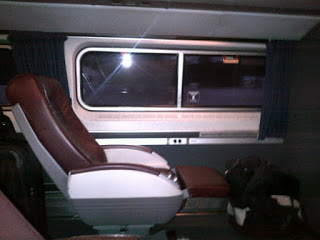 I took my comfy, maroon seat and decided to have lunch before I edited our resolution-themed January newsletter. I was convinced that the passenger across the aisle, we’ll call him “Cruise” was giving me weird looks as I made my way through the kale salad and multigreen kombhucha I brought with me. I also had a chuckle as I heard the first café’ order which happened to be a woman ordering a Bud Light at 11:40am. Maybe her resolution was “drink earlier”.
As the trip continued I was disheartened listening to “Cup of Noodles please”, “DiGiorno Pizza” and “pack of peanut M&Ms”. I will give a shout out to the man who clutched his aluminum mug (the curtain was temporarily open) and asked if there was a tap for water. There was and I was thrilled he wasn’t directed to the bathroom faucet, ick. I was having fantasies of pulling open the curtain handing out business cards and the snacks in my purse (health warrior bar, oloves and chia butter).
Throughout the ride passengers, in the car, made phone calls. It amazes me what people will say knowing full well that not only can others hear but also that, chances are, they are listening. For a long hour early on Meyer Weiss announced himself on his phone. He had one of those rockin’ earpieces and talked about a new CEO, Japanese markets, and a trip to Mexico… if SNL is casting a dorky, corporate guy, I’d look this guy up. 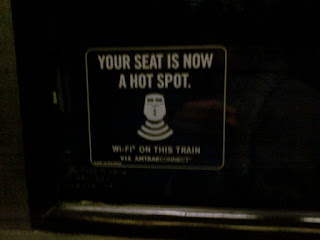 Then, the somewhat rough and tumble person across the aisle, Cruise, took to his phone.  First call, I heard a prescription order and was immediately more interested than I had been in any of Meyer’s calls. The next call, to whom I now gather was the girlfriend, first reminded her “you better not be late to the train I’ve been on this thing since 10 in the damn morning”. Part of me hoped she would never pick him up, at all, after talking to her like that but I listened on. There was a mention of less booze and more church. I could’ve sworn I heard something about a cruise and a speedo but assumed I eavesdropped incorrectly. I heard bits as I was ironically emailing with Carolyn about a Today segment she was prepping for on…resolutions of course.
Cruise got up and went into the café, closing the curtain behind him. He ordered water and then added, to the person taking the order,
“Yeah I’m going on this cruise with my girlfriend, no booze till the cruise man and that’s not till March.”
“See, I’m wearin’ this speedo, ok so it’s not a speedo but it’s tight.”
I promise, I tried not to pay attention…impossible.
“My girl” she got me this bathing suit and it was super tight you see I was a 34 and now I’m like a 38.”
“ I sent her to return it but she didn’t right away and then it was too late.” “So now I’m losin’ and eatin’ right and all that shit.” 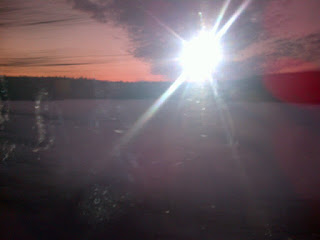 All I wanted was a photo of Cruise to post here but I wimped out. I even tried to get a photo via reflection in my window as I feigned snapping a sunset pic. I turned the flash off and still no good. I’ve written about “pre beach” and swimsuit slim downs and never, ever would someone like Cruise be in my mind as my potential audience. And yet, chauvinism and misogyny aside, he has his specific goals, a timeline, means to his “end”.  With clients I’ve learned,  you can never know in advance who is going to be determined and succeed and who will not. Or who will order the mid day drink or who wants to slim down. We don’t know what will cause us to turn things around and whose resolutions will stick…so we have to try and see.
If you were designing a café car menu for Amtrak, what would you offer? Do you think men are as focused on weight as women and just talk about it less? Would you have had the guts to snap a photo of Cruise? Finally, we have a hashtag email us #ResPledge @Foodtrainers your resolutions and we’ll help keep you honest.