What to Do When You're Married to Mr Bagel

It was October 29th, the day of the weirdly early snowstorm in NYC, my Blackberry buzzed indicating an email. The email was from a client but not just any client; this client was supremely driven to look fierce at her upcoming birthday bash. Our whittling work started months ago and momentum has been steadily building toward the 11-11-11 party date. We’ll nickname her B (for birthday). B has been mentally filed in my unstoppable category.  The email read, “I ended my run on 59th Street which just so happens to be the site of my husband’s office.  Since he’s slammed with work, I bought some coffee and surprised him.  While there, he offered me half a bagel.”

My heart skipped a beat but it turns out that B resisted the bagel and reminded her man of her birthday plan. I congratulated B on her snowy run and bagel resistance. I then asked, “what are we going to do about Mr. Bagel?” She replied:
Mr. Bagel is 6’1″ and has weighed within the same 5 lb. range for at least 20 years. What do you do when you’re married to a handsome, rail thin man with the metabolism of a 25 year old who can eat whatever he wants?  It’s like I’m married to the male version of Heidi Klum.  (And isn’t it nice that I think of him that way?) To be fair to Mr. Bagel, he does do many things right.  He just can indulge when he wants without consequence.  Me, not so much.
I told B I could relate. My husband’s version of being good is skipping the second beer or the kids’ cookies. A few days of this sham stringency and I have to listen to “I feel really good.” Most men are metabolically superior to women and somehow our lack of noticeable nose hair or gender-based chance at a couple of extra years doesn’t seem like a fair trade. My advice:
B, I would be happy your Mr. Bagel is the male Heidi Klum and that “you feel that way”.  Other Mr. Bagel’s look this this. 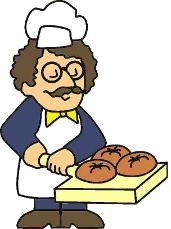 Have a happy birthday and a great party.  You’ve worked hard and it shows and you can probably guess what I’m getting you for your birthday…
Do you have a Mr. Bagel in your life? It can be a friend, family member or coworker. How do you silence a saboteur? How do you manage food or metabolic differences in your relationship? Ever run in a snowstorm?