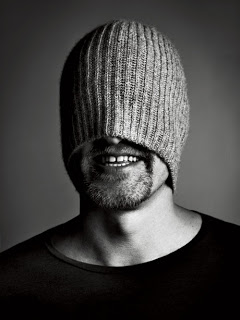 Are you familiar with a magazine called The Week? A friend mentioned it at lunch a couple of months ago. It summarizes what various publications have said on a range of subjects and provides a fun and quick overview. I was flipping through last weeks “Week” and a blurb entitled “Harrelson’s fear of the modern world” caught my attention as anything food-related does. Call it food-ar. The Week referenced an Esquire interview with Harrelson.
Harrelson is a raw vegan. He lives on an organic farm in Maui and doesn’t consume sugar, flour or dairy. And he has other fears
the ever-present cleansers, which are a thousand times more toxic than anything they purport to be cleaning. He doesn’t wear clothes made of synthetic materials or cleaned at conventional cleaners. “Even sleeping on sheets in hotels washed with all these detergents — I mean, I literally get nauseous. Not to mention the electromagnetic waves — he refuses to talk on a cell phone or even to hold it in his hand. He keeps it off when it’s in his pocket “to protect the proverbials.”
This all started when a stranger suggested Harrelson give up dairy to ease his congestion and acne. He did, his skin cleared and it started him thinking if it isn’t “milk does a body good” then how many other lies had he been told? Or to quote “I just started realizing: There are all these things we’re brought up to believe that are just a total hoax, just bullshit advertising, you know?”
I am typing this in a sweater that was conventionally cleaned with my blackberry in my pocket near my proverbial. I know an organic farm isn’t in most of our futures but I think a certain amount of skepticism and questioning of our food and environment is good. With arsenic in apple juice and endocrine disruptors in water bottles, should we feel protected?
This past Monday, The New York Times reported that President Obama’s latest budget cut would eliminate the Microbiological Data Program. This “tiny program” as it was called tests fruits and vegetables for contamination. In a country where cantaloupe can kill and spinach can sicken you, is this ok? And did any of you hear about it? Oh don’t worry if the USDA doesn’t test produce the food industry will, Cheers.
Are you skeptical when it comes to your food supply? Anything you’re nutty about? Had you heard about the elimination of the Microbiological Data Program? Do you find Harrelson’s regime extreme or sensible?