Yes, I noticed Renee’s new face and I’m not agist

At some point yesterday afternoon one of my FB friends posted about the actress formerly known as Renee Zellweger (“you had me at hello” or Bridget Jones). I am not exaggerating when I say I didn’t think the photos were really of Renee Zellweger. The biggest change is that her formerly squinty eyes are now larger (can one get an eye transplant?). I found this all change sort of unbelievable, shocking and strange. What was equally insane was the backlash or should I say ‘facelash” that ensued.
Shortly after the photos were circulated, the in defense of Renee pieces rolled out. Time magazine told us to “leave Renee Zellweger’s face alone” to which I tweeted back “if only Renee had followed that advice”. And there was this tweet
“The ‪#ReneeZellweger outrage is another example of how women’s bodies are seen as a public commodity to be mocked and shamed for looking wrong” I felt some sort of a need to rebut that one too. “Give me a break she isn’t being shamed for looking wrong, she is unrecognizable.” Others felt this whole surgery debacle was the result of her having been criticized for her looks but this was also a woman lauded for her looks on countless magazine covers. Are we really to blame for her NEW face? 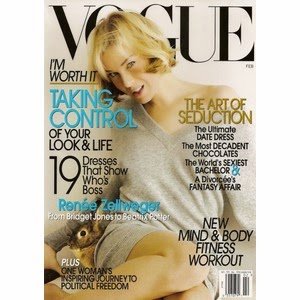 From Buzzfeed “Plastic-surgery shaming is thus tantamount to blaming the victims of this ideal for working so hard to achieve what we’ve told them, for decades, they must do.”
What’s with all this alleged shaming? Can we not notice something without playing the shame game? Renee went to a plastic surgeon- nothing wrong with that. She came out looking like another human being (not a less ideal human just a different one) I don’t claim to know the backstory here. Could it be a procedure gone wrong? Sure. Is there something sad about this distinctive face no longer existing? I think so. But this notion that saying anything about a public figure’s appearance is sexist or agist needs to go. I loved this comment on one of the posts “It’s not “unfeminist” to notice a *whole new face.*
What do you make of Renee’s new face, the media coverage etc?